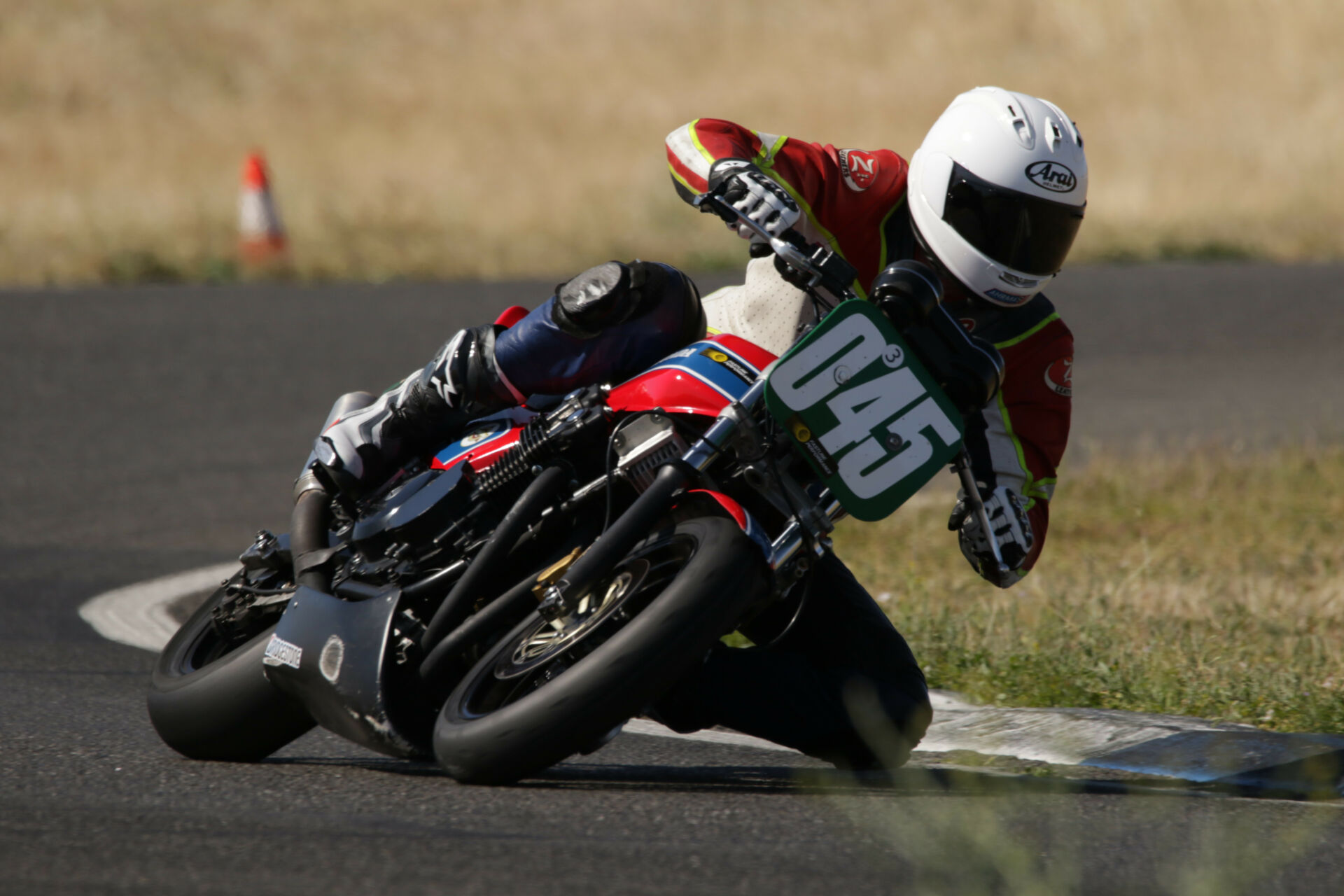 Adams and Jesse Davis, of Long Beach, California, both entered the weekend with 2000 points.  Current Vintage Cup class leader, Jeremy Maddrill, of Stiger, Illinois, did not make this West Coast event, thus presenting an opportunity for valuable points to be earned.  A shootout between Adams and Davis was expected, but unfortunately for Davis, he highsided in Turn Five and his weekend ended early.

Adams put his head down and put in the laps.  While challenged by Darrin Gauvin, of Camarillo, California, aboard his 1981 Honda CB900F, Adams was not to be overtaken as his lap times consistently improved and landed him with double-points and a jump to second place overall in this series.

“I worked control for this event and the corner workers could not say enough about this class as Adams laid down consistent laps.  It is truly the sound of music each time they take to the track.  I look forward to watching as the remainder of the season unfolds,” stated Dewanna Comer, AHRMA’s Road Race Director.

The American Historic Racing Motorcycle Association is a member-owned nonprofit organization dedicated to enhancing the sport of historic motorcycle racing.  Since 1989, AHRMA has provided an appropriate environment to showcase vintage and alternative modern racing motorcycles in the disciplines of road racing, motocross, dirt track, trials, and cross country. With more than 3,300 members, AHRMA is the largest vintage racing group in North America and is one of the world’s leading vintage motorcycle organizations.