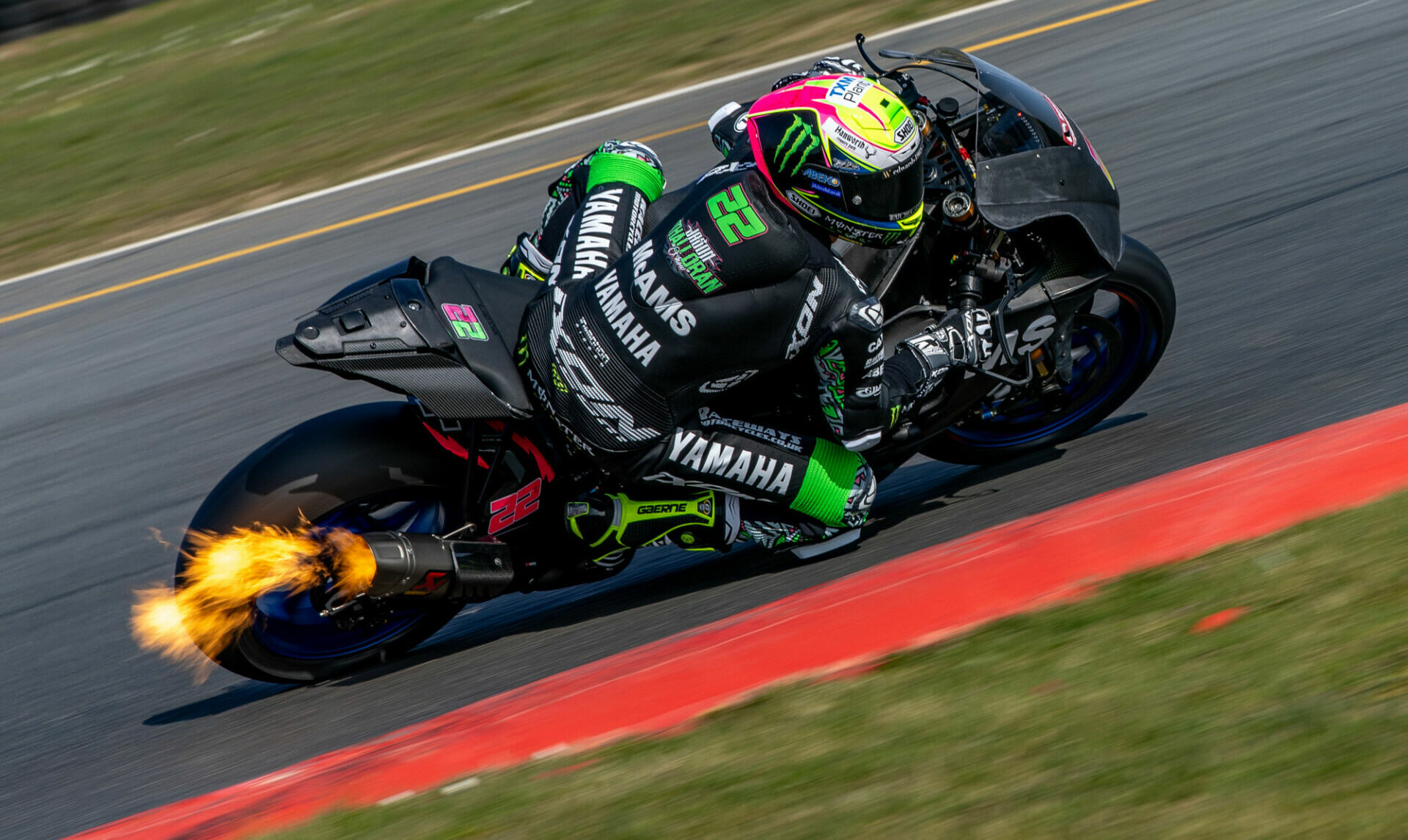 More, from a press release issued by BSB Press Office:

Silverstone National as 0.954s covers the top 24 riders!
Jason O’Halloran kicked off the first day of the 2022 Championship in style by setting the fastest ever Bennetts British Superbike lap of Silverstone National, topping the timesheets in the SUPERPICKS Free practice sessions to head off his title rivals in preparation for tomorrow’s season opening race.

O’Halloran was one of five riders to set a pace under the existing circuit lap record during today’s action, with the leading 24 riders separated by just 0.954s and just 0.040s separating the Australian from Yamaha rival Kyle Ryde at the top of the times.

Whilst Yamaha locked out the leading two positions, Lee Jackson surged up the order in the final five minutes to move into third place for FS-3 Racing Kawasaki, splitting the Rich Energy OMG Racing Yamaha teammates.

Bradley Ray had a stint of leading the afternoon session until the closing stages, but he held the fourth fastest position at the end of day one, narrowly ahead of Christian Iddon in fifth place on the Buildbase Suzuki.

Rory Skinner was sixth fastest as the young Scot ensured both FS-3 Racing Kawasaki riders featured inside the top 12, and there was a strong end to the session for Ryan Vickers as his penultimate lap this afternoon moved him up the order into seventh place.

Andrew Irwin was in tenth place, just ahead of Josh Brookes and Dan Linfoot who completed the top 12 riders who will progress directly into tomorrow’s Q2 decider for pole position.

“It has been a good day. I am really happy to get back on the pace today even though you’re thinking ‘oh am I going to be fast enough today’, so it was nice to be up there in both sessions!

“I am still working through a programme, because although we’ve had quite a few days in testing, we are still working on a few things with setup options. The positive thing for me is that I feel comfortable and I feel fast even though we’re still trying things, so I’m sure tomorrow we’ll finalise our setup for the weekend – I’m feeling really confident.

“Obviously the end of last year was disappointing not to win the championship, but on the flip side it was great for the team to win the championship so we’re obviously back to try and replicate that this year. I started strong at Snetterton and topped that test; the test here was a little bit harder, but we are back up front again today.

Mike Alessi wins big at World Vet despite insane crash – This Week in...