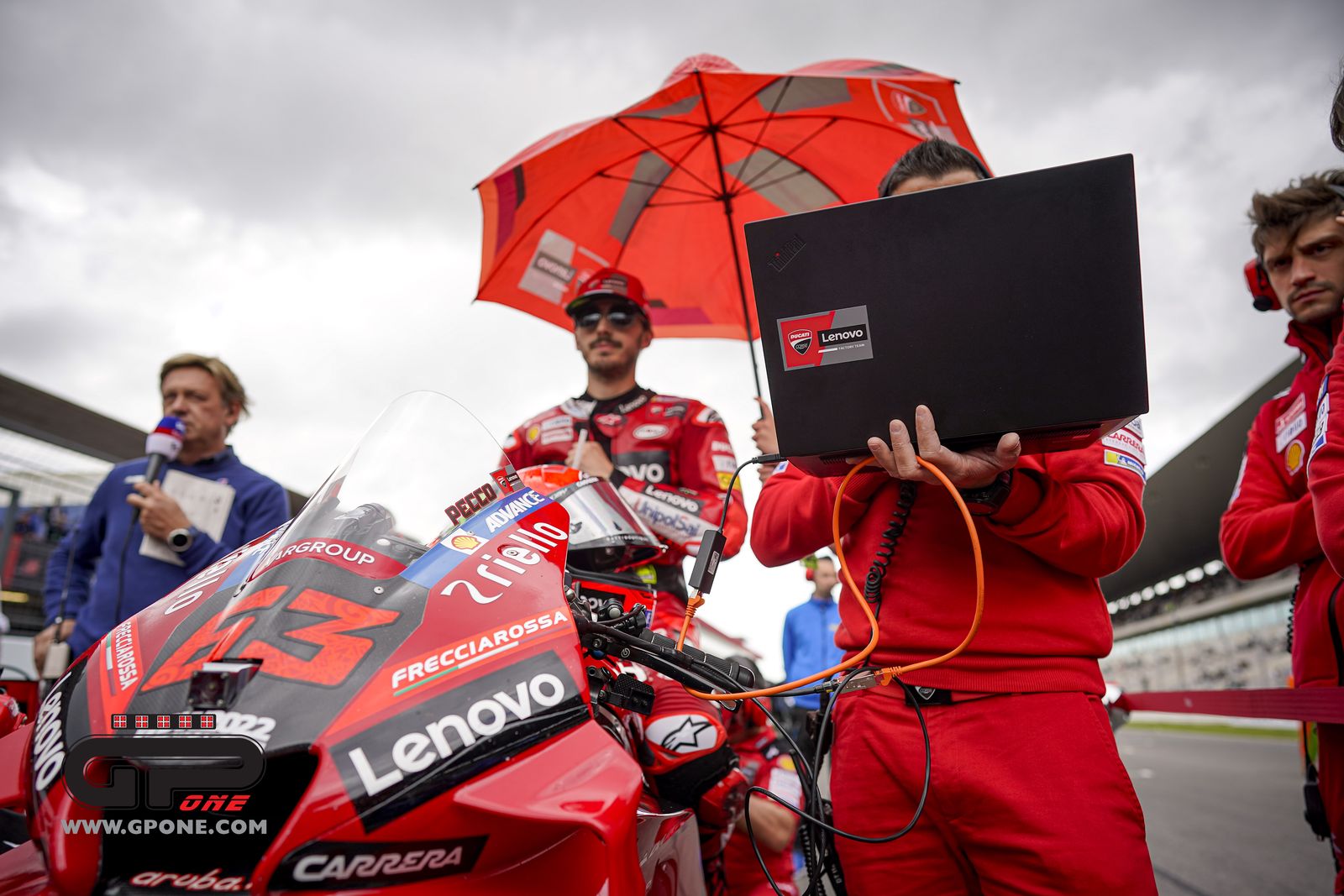 Ducati is currently leading the world constructors’ championship with two wins (Bastianini), two second places (Martin and Zarco) and a third (Zarco) to its name. Actually there is also a third place for Jackass in Austin, Texas but since that Grand Prix was won by the ‘Beast’, the points for the constructors on that occasion were brought home by the Gresini team rider.

The singularity, as far as Ducati is concerned, therefore, is that despite having an official team and three satellite teams on the track – Pramac, Gresini and Mooney – not even one single point for the world constructors’ championship has been scored by the two titular riders, Bagnaia and Miller, seeing as only the best bike counts at the finish line, as is logical, otherwise the manufacturer with the most bikes on the track would win.

It is obvious, however, that the more bikes a manufacturer lines up on the grid, the more chances there are of getting at least one into the positions that matter, but that’s another story.

Since the Sepang tests it has been said that the new GP22 had greater potential than the previous one, but then both Pecco and Jack asked not to use the very latest version of the engine, accusing the latter of being too aggressive at the first touch of the throttle. Then came the problem of the front lowering device, banned for 2023. Certainly not the best start to the season for Gigi Dall’Igna who, quite rightly so, saw time and money invested in the development of innovations not entirely appreciated by his own riders, but approved by the test rider, Michele Pirro. One wonders, at this point, whether too much meat has been put on the fire or, more simply, Bagnaia and Miller have not started the season completely on the ball.

After five races, in fact, they are both 38 points from the top of the championship in 9th and 10th position, with almost half of Bastianini’s points. And it would be more without Enea’s mistake at Portimao.

In short, Ducati has a lot to recriminate: none of its riders have always scored points so far. Bastianini crashed in Portimao, Bagnaia in Losail (bringing Martin down), Miller crashed in Portugal (in the accident with Mir) and retired at Losail with an unidentified problem. Martin crashed in three out of five races, the first time in Qatar without blame. In any case, too many. Conclusion: the GP22 has been criticized, but if we look at the situation in detail it seems to us, rather, that something has gone wrong at the level of human resources potential management. Pecco has suffered from not being able to pick up where he left off the 2021 season; Jack seems to be at the same performance level, and so do Zarco and Martin, a fast but still not very consistent rider. As for Luca Marini and rookie Marco Bezzecchi it can only be said that they are both fast, especially in practice.

It must be said that the world championship is still largely within the reach of the Rosse of Borgo Panigale, given the current situation but be careful: the next circuits are in favour of Quartararo and his Yamaha. Special measures are required, i.e. start winning races with the titular riders, preferably with one rider, because the risk is of wasting points.

Of course if Enea hadn’t crashed – he was 11th at the time, behind Pol Espargarò – perhaps he would have arrived a little further up, even taking account of how the Grand Prix eventually panned out. But there again, you don’t win many championships with ‘ifs and buts’…