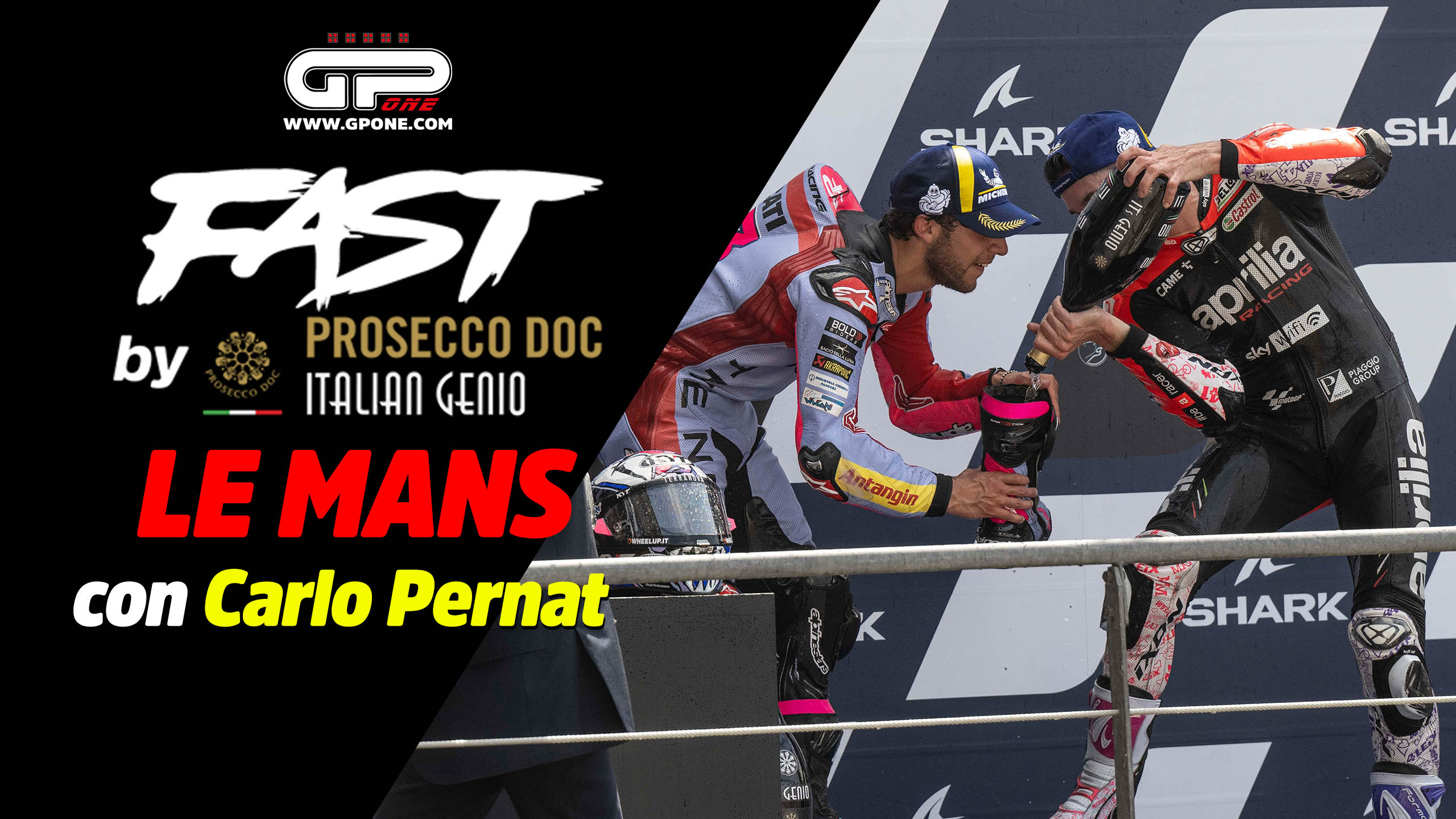 Carlo Pernat’s commentary on the French Grand Prix has a particularly sweet taste for the manager, as his protégé Enea Bastianini gave Ducati and Team Gresini their third pearls of the season. The world championship is taking more and more shape, ahead of everyone is still Fabio Quartararo, but according to Pernat the next few races could be a problem.

Then there is a Honda seriously struggling, with its champion Marc Marquez, who still has a dull blade at the moment. Here is all Carlo’s commentary, over a Prosecco DOC as welcome as ever, given the unexpected heat of Le Mans.

“It could have been a Ducati hat trick, a triumph. If Bagnaia had not fallen, it would have been an incredible day for Ducati. It had been since the days of Valentino Rossi that an Italian rider had not won three Grands Prix in the first seven races held, so…then also won in a very clever way. Today Enea put pressure on Bagnaia, then passed him. Pecco it must be said that he is an official rider that when he sees a rider from his own House pass him, he jumps five minutes. That’s what happened to him, he tried to pass him back and then he went straight. By settling he would have scored 20 more points, a champion must also be able to settle as Fabio Quartararo did today. He got off to a bad start and made a great comeback. He played it off with Marquez and is still leading the world championship.

But the fantastic day was Bastianini, who started well, stayed together with Miller, passed him at the right time and did the same thing with Bagnaia and this is something that is in the head of great champions, not only of great riders. Of course today in the standings in front there are three riders within eight points, quite a championship. They are the three most credited now, Quartararo, Espargarò and Enea Bastianini.

The Aprilia is confirming itself as a competitive bike, but unfortunately for you only with one rider. I must say that Aleix is always on the podium and this world championship can play it all. Of course the choice of the second rider doesn’t seem very guessed at the moment. He is struggling a lot Vinales, not changing his riding style. The position doesn’t necessarily save him.

Yamaha has Fabio Quartararo, who has proven to be a champion even on a bike inferior to the Ducati, but now come two tracks that are definitely not favorable to Yamaha, namely Mugello and Barcelona. There are crazy straights and there the Yamaha gives a lot of km/h to the Ducati. Yamaha now lives for Quartararo, between Morbidelli, Dovizioso and Binder it is better to draw a veil.

KTM frankly continues to have problems everywhere with two riders who are not riders to win a world championship with, it’s a shame. Honda took another coat if it wasn’t for Marquez who occasionally gets some results. Marc now has big problems with his shoulder, he is waiting for a new chassis to arrive, maybe as early as Barcelona. But he is not the Marc we know. Bad choice for Pol Espargarò, who definitely played the place. Also a bad race for the Suzuki, which with the retirement announcement has put the whole apparatus in a bit of a tailspin. Maybe both riders are looking for a place for the future and then make mistakes like today’s.