Home MOTO GP MotoGP, Marini: “If the race had been today, we wouldn’t have been... 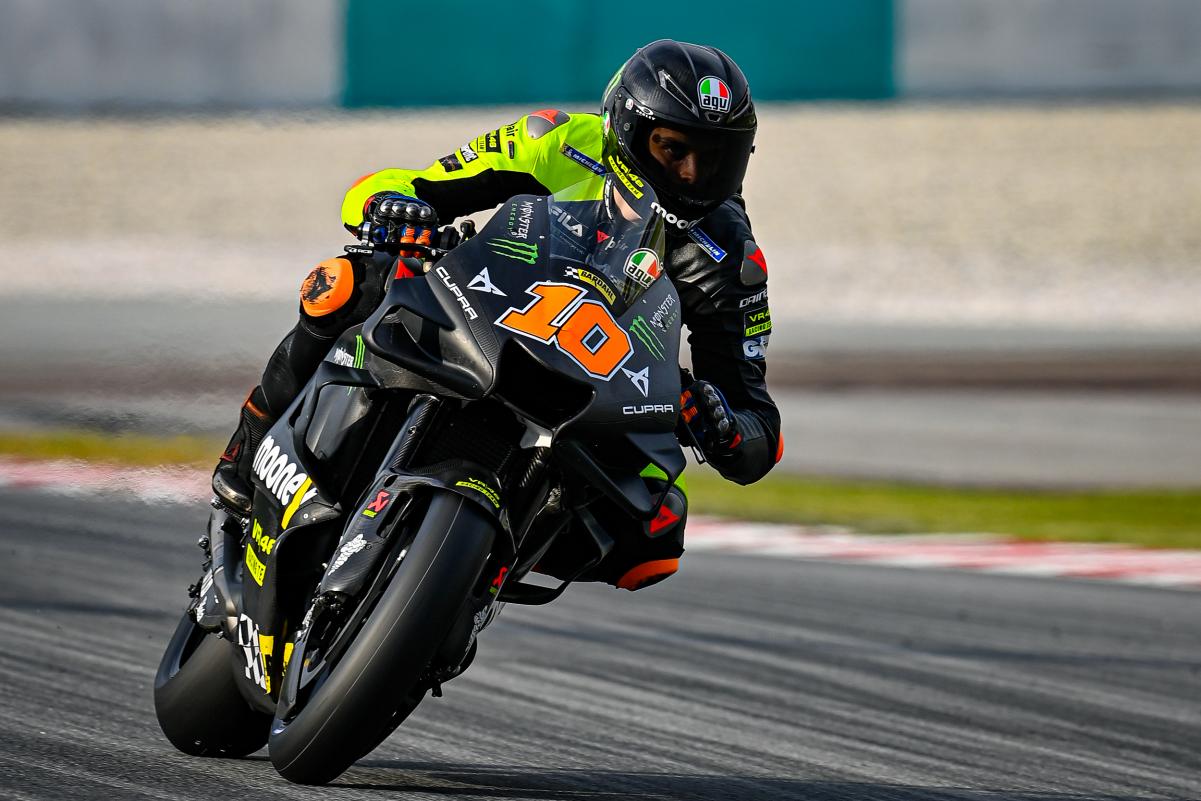 It was a rather troubled Friday at Mandalika for the MotoGP riders. Thanks to the conditions of the track, it almost seemed that they were doing motocross in the mud. In the VR46 team, Luca Marini finished with the twentieth quickest time just over a second and a half from the top.

But the gaps certainly do not represent the priority given the conditions of the track.

“From what we have seen, Mandalika is an interesting track, fast with long corners and interesting braking points – he said – but today was a tough day. We had to learn the track and I felt fine. The problem is the conditions, as the track is not ready yet and I think we saw it today. If the race had been today, we wouldn’t have been able to race, I think there is no doubt about that ”.

Luca then explained why.

“A track must be 100% prepared, otherwise there is no reason to race. There were some critical moments, such as when you find yourself in the slipstream of another rider and your helmet is full of mud, as well as your leathers. In some ways it almost seems like F1, in fact tomorrow I’ll have to change my helmet ”.

“The decision to send us out on the track was a strange thing to do. I respect the decision to do a few laps, but they have to understand what could happen, because it is dangerous. As far as we could see, they were unprepared “

The attention then shifted to the bike…

“The Ducati is an incredible bike, with great potential in any situation. I found it well balanced and highly performing. I am satisfied with it”.

Marco Bezzecchi, positioned in the standings behind his teammate, then took over.

“The track is really fun and fast – the rider from Romagna said – I tried to ride and understand the conditions, suffering slightly more than the other riders, since I lack the experience on the Ducati compared to them.”

“Unfortunately I had two crashes and I’m disappointed about that. Luckily, I didn’t hurt myself, in fact I started again. The first time I ended up on the ground to avoid hitting Di Giannantonio: he made a mistake and to avoid him I braked too hard. The second time, however, I lost the front, because I completely missed the line. Unfortunately I didn’t have great grip, but the track is fun ”.

However, the VR46 rider sees the glass as half full…

“The thing I’m still missing on this Ducati is the awareness of how far to push. In fact, I’m thinking about the second crash today, where I tried to throw myself into the corners, but I ended up on the ground. But I don’t want to rush things too much “.

One final consideration was about riding style.

“I think I have a riding style quite similar to Luca’s. But I would like to take inspiration from all the Ducati riders. In fact, I’d like to ride like Bagnaia, Martin or Enea.”

MotoGP, Vinales admits adapting to the Aprilia is like relearning how to walk