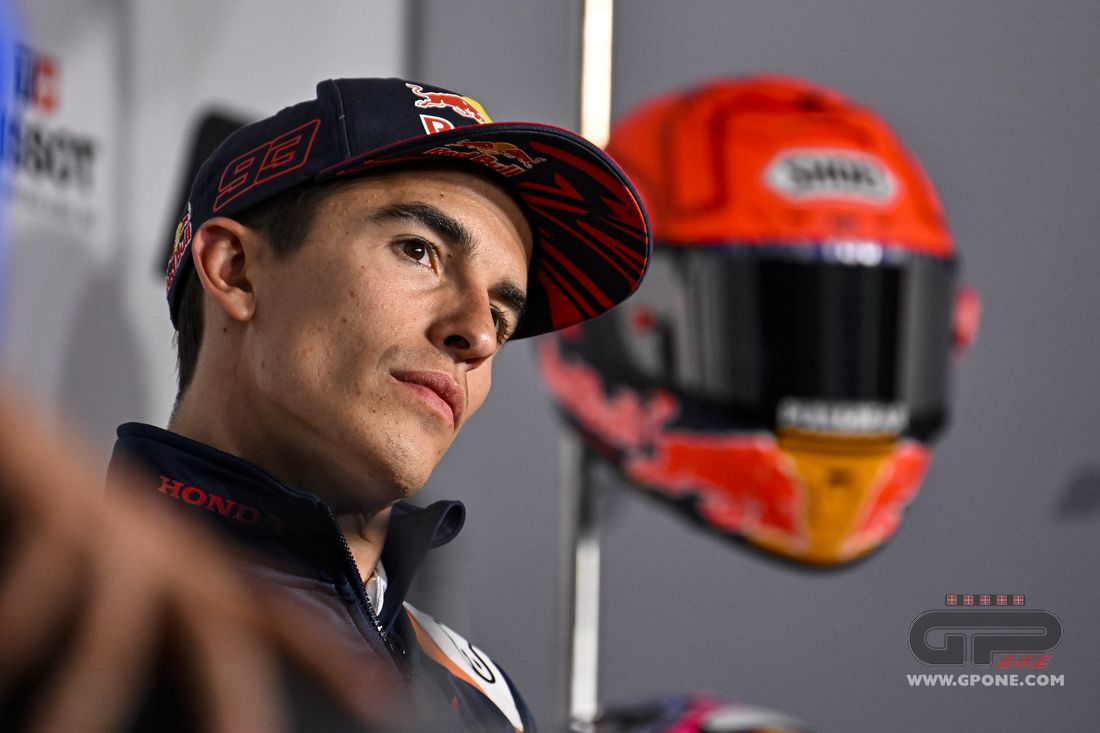 A year ago the Grand Prix at Portimao was one that Marc Marquez will never forget, the one of his return after a year of stoppage following the injury in Jerez. This time he arrives in Portugal after yet another return, the one in Austin following his diplopia. “A good weekend – he recalled – in which the target was to regain confidence and we did. We did a solid weekend so this was the most important”.

Which does not mean that this is enough for him…

“It’s true that always I want more – he said – and to finish sixth was good, the comeback was very good, but we were looking for something more. But anyway, we had a technical issue at the start. The most important is that Honda found the problem and resolved it for the future.”

The Spaniard did not reveal how it happened, but he took it philosophically.

“After the race. I said ‘guys, in ten years we didn’t have a problem on the bike so sometimes it can happen’ – he continued – Sometimes I’ve made mistakes, sometimes I crash four times in a weekend like in Indonesia, and the mechanics never say anything to me and always have happy faces. This is a team and we are working in the same way in the good and bad moments.”

Now the American chapter is over, the Portuguese one gets underway…

“Inside our box we don’t have a lot of references here because I competed only one time and it was half and half conditions,” recalled Marquez – But in the last Grand Prix here Alex and Pol were quite fast so we need to understand also with this new bike if we can continue the same way as Austin. It’s time to reconfirm here in Portimao.”

He said the same thing in Texas too, only to later refute it with the facts.

“I will have the same approach here in Portimao but if I feel good my DNA is push, is attack – he said – This is what I did in Austin and what I will do here if I feel good. I feel ready but it’s true that this season my best position is top five, so I cannot think from top five to win a race. There are steps in between. Now I need to do that next step, to finish on the podium maybe, or another top five. I don’t know.”

A young rider asked him where he found the strength to always get up.

“When you win it all comes easy, you feel double the energy in your body – he revealed – When things go wrong, everything is more difficult, in that case I remember the good moments I experienced to be able to have them again”.

However, Marquez will try to tame the Portuguese roller coaster.

“I like the layout, the ups and downs, bumps, different corners, strange corners. Last year I struggled a bit to understand, also with the banking in some turns. If you find the flow then everything is easier. But if you fight against the bike, everything becomes more and more difficult here. For me the most important thing is to understand this new bike and package at a European track, which is smaller, narrower and you need to be more precise.”

MotoGP, RIDER MARKET: Suzuki’s exit (in tuxedo) opens the door to a double-up for...