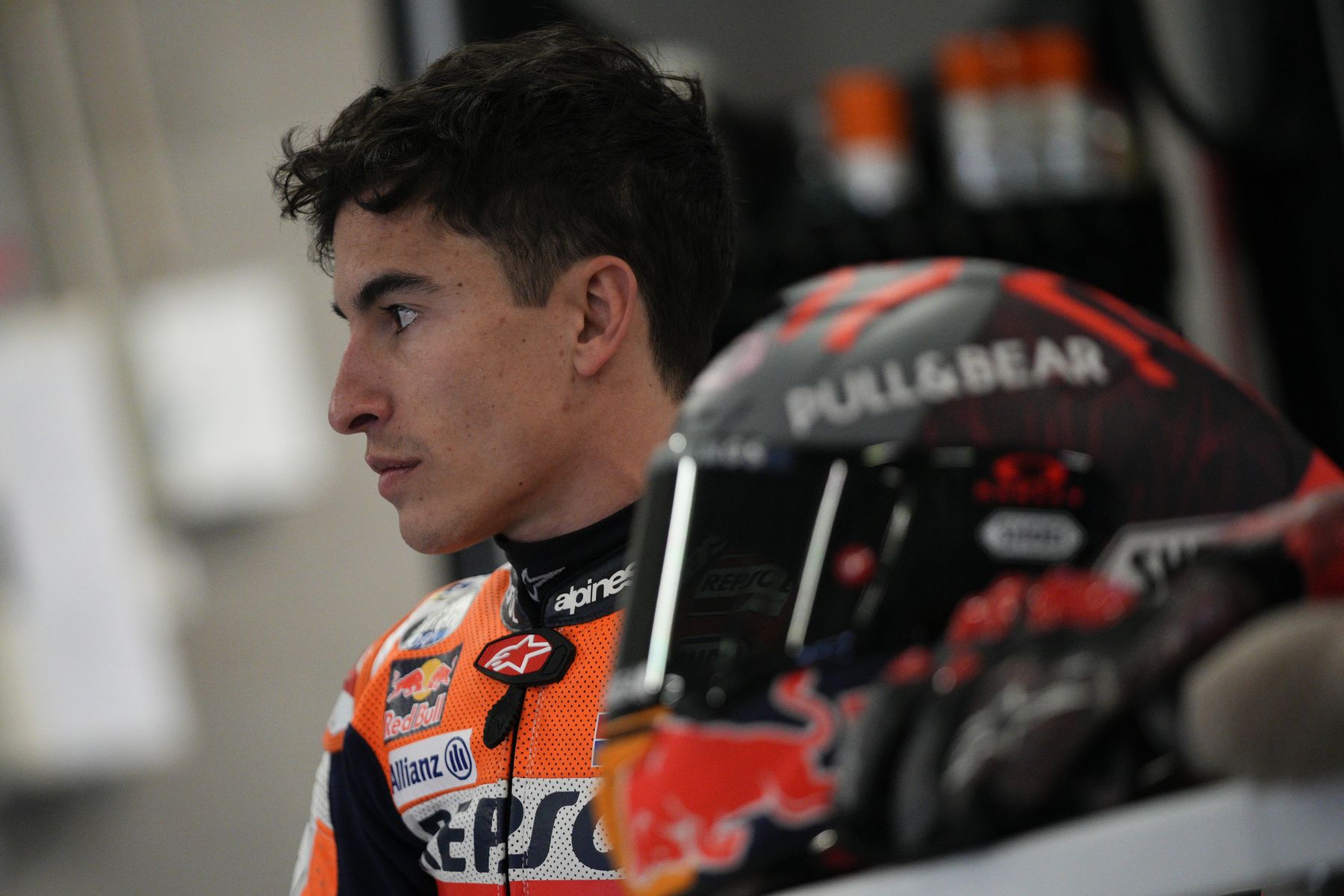 Marc Marquez’s dark period is attracting the attention of many motorsport personalities who, even without personally being in the Honda garage, have expressed their opinions on what’s happening there. Yesterday was John McGuinness’ turn. The Tourist Trophy legend – who will  participate in the classic this season on the Isle of Man riding a Honda – decided to state his mind about Marc.

John wrote about this in MCN, expressing a certain concern about how the rider is being managed and how the entire situation should be addressed differently.

“We can’t forget everything he’s achieved, the world titles he has won,” McGuinness said. “But someone should take care of Marc Marquez, because there’s something not quite right. It’s as if a wire has come loose somewhere. If it depends on previous accidents? His eyesight? His concentration? We don’t know. But five falls are unacceptable. He’s better than that.“

McGuinness’ ideas are very clear, and he’s concerned that Marc might not have the right person by his side who can handle him at his best in this delicate phase of his career.
“After he fell during the warm-up, he looked like a guy who had had enough. I’d hate to see him leave our sport due to too many blows to the head. Someone should  say something to him. It’s as if he needs to find himself.”

According to the TT veteran, the problem is Marc’s approach.
“He rides over the limit all the time. A strategy that has worked for him in the past but no longer works today. He’s had four accidents over the last weekend and one very serious one. Whatever your level, whether you’re an amateur rider or a MotoGP champion, you have to ask yourself questions when things like that happen.”

McGuinness: “Puig only cares about getting him back on the bike  right away … without the airbag, he  would’ve ended up in pieces”

McGuinness is afraid that the Honda garage is the problem.
“I’m under the impression that Alberto Puig just wants him to get back on the bike and start racing again right away, but he needs to regain confidence. Dealing with him today is a bit like opening Pandora’s box. But when a pilot falls continuously, something has to be done. On Saturday, after the first fall, he rushed back to the pits, returned to the track and, after a few laps, he fell again in the same point of the track and in the same manner. He’s not well. He seems desperate. If he hadn’t worn an airbag in the fall during the warm-up, he would have ended up in pieces. It’s sad to see him like that, because he’s one of the best. And when he does his best, you can’t help but admire him. But he’s not able to have fun on the bike now, and I don’t think anyone likes to see what he’s doing to himself.“

Custom Eye Candy: A Turbocharged Harley-Davidson Sportster 1200 for the Banks