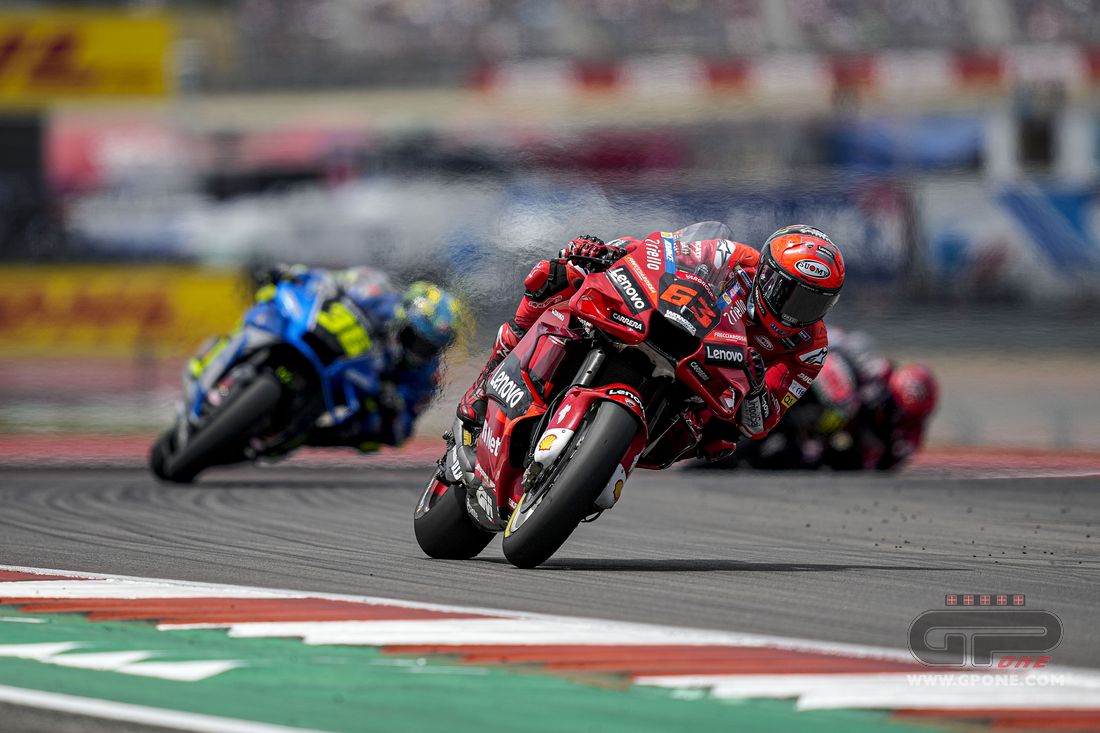 It is no use beating about the bush, another fifth place is not what Pecco Bagnaia was looking for today. Yet his race at Austin ended like the one in Argentina, with the difference being that this Sunday he didn’t have to make a comeback. Seeing two Ducatis on the podium may not exactly fill him with satisfaction, but he admits he couldn’t have done any more.

“I did my best and it was fifth place – he said – I tried to make up some positions, but I was suffering, this was the minimum target for today. We just have to keep working. At the beginning of the race I was a bit conservative in safeguarding the tires, but when I started pushing I realized that the others were faster than me.”

“We are working and we are a little closer at each race. Miller did a good job today, I struggled more. It only takes more weekends like this to be able to understand the bike even more. I’m not happy with this position, but I also know I did my best and now we need to understand what happened ”.

Bastianini won his second race of the season…

“Enea today was unbeatable. If Marquez hadn’t had a problem at the start he would have been in front and I think Bastianini would have been the only one who could fight with him. I just have to think about continuing to work, I know the time will come when we will be fast again ”.

In two weeks you will be back racing in Europe, what do you expect from that?

“Portimao will be very interesting, a good test to compare this season with last. In 2021 we did two races, I was competitive in both and I finished the year with a win on that track. In that GP we will see where we will be “.

What is your balance of these first 4 GPs?

“The goal at the beginning of the season was not a fifth place, but we know that there is still work to be done. Others are faster, Jack got on the podium today with the same bike as me. We are getting closer, perhaps a little too slowly, but a weekend like this helps. “

All the things You Want To Know About eFuels

Emergency Bikes Can Save Lives