Home MOTO GP SBK, Irwin/Honda show in BSB: 3 out of 3 at Silverstone, Ducati... 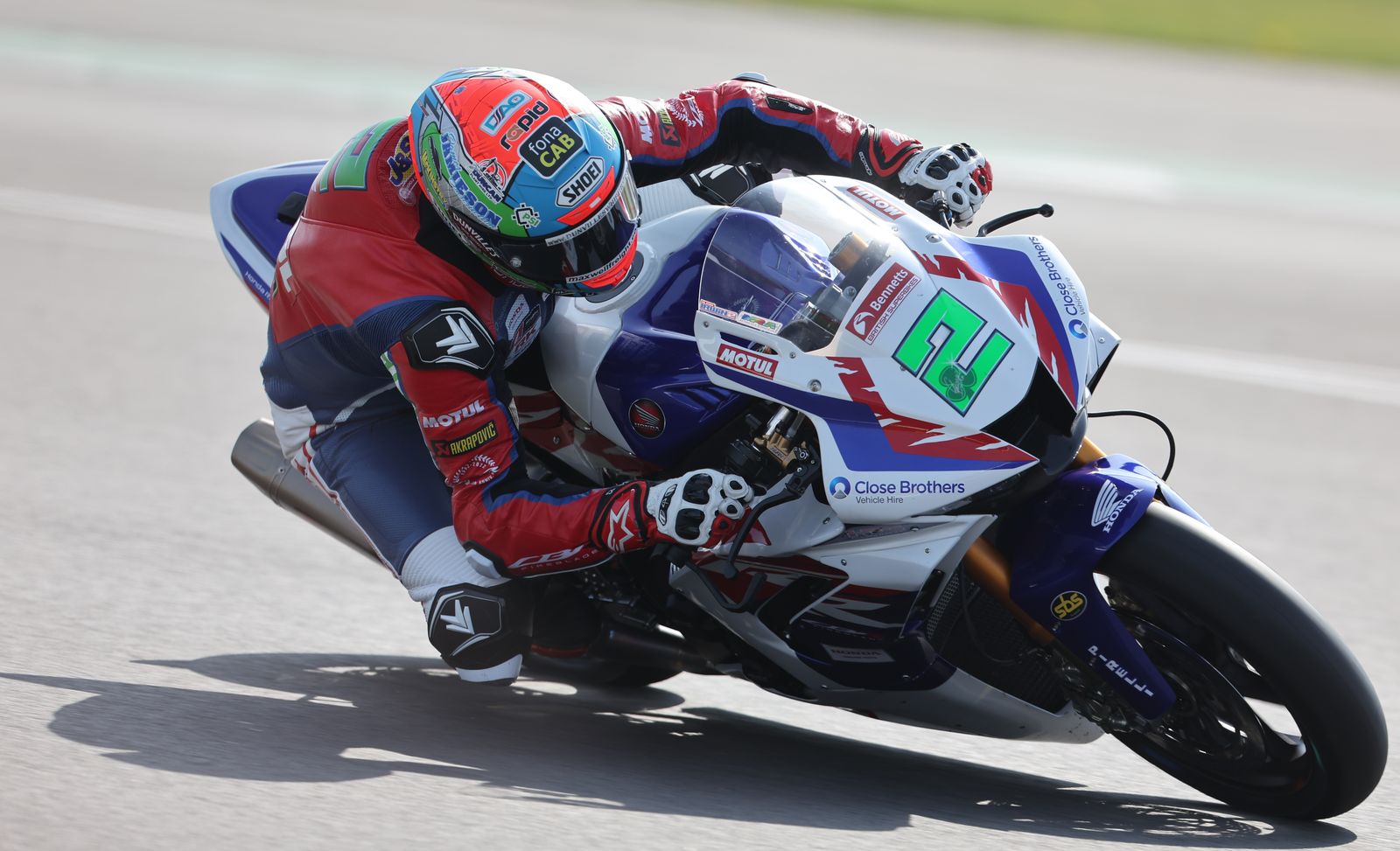 
It has been a fabulous start to the season for Glenn Irwin and Honda Racing UK this weekend. After the splendid wins achieved yesterday in Race 1 and in this afternoon’s Race 2, on Easter Sunday the rider/bike pairing picked up a sensational hat-trick in the first of the eleven rounds in the 2022 calendar on the short ‘National’ Silverstone layout. Completing the seventh win in BSB as well as the first hat-trick in his career, in Race 3 the Carrickfergus native changed his strategy, getting the better of Bradley Ray (2nd).

Protagonist of a lightning start from row 2 when the lights went out, Glenn Irwin then took command of proceedings on lap 4. Unlike the previous two races, this time he decided to force the pace, gaining up to a maximum of one second with a series of fast laps. Taking advantage of some clashes between his closest rivals, the Honda Racing UK man was able to administer his lead and conserve his energy as well as his Pirelli tires, even holding off an attack in the final stages by Bradley Ray (OMG Racing) to complete a memorable week-end: pole on Saturday, three wins in as many races, championship leadership with full points and already 15 Podium Credits earned for the Showdown. What more could you ask for?

Two Irwins on the podium

While Bradley Ray can be at least satisfied with a newfound competitiveness on the Yamaha R1, despite a mistake in Race 2 with victory close at hand, the second Sunday podium was completed by Glenn’s brother Andrew (3rd) on the SYNETIQ BMW Motorrad M1000RR. On his first time back on the podium since Donington ‘National’ in August 2021, the younger of the two brothers beat the 20-year-old Scot Rory Skinner (FS-3 Racing Kawasaki) by just 63 thousandths, while a lacklustre Jason O’Halloran (McAMS Yamaha) went no better than fifth place.

Work to do for Ducati

It was a more complicated weekend than expected, with zero podiums to his credit, for the 2020 runner-up after what he had demonstrated in Friday practice. The Australian hopes to make a U-turn starting from the second round of the season at Oulton Park (scheduled for 1-2 May), and the same can be said for the entire Ducati squadron. The fact is that the Panigale V4-R struggles to digest Silverstone’s short layout, just look at the results, with Tommy Bridewell (first of the Ducati riders in 7th). And the official team duo? After a crash in Race 2, Tom Sykes finished 16th more than 14s behind the winner, while the 2015-2020 Champion Josh Brookes sank to 18th place. It’s too early to make any judgements as more suitable days and circuits are on their way.