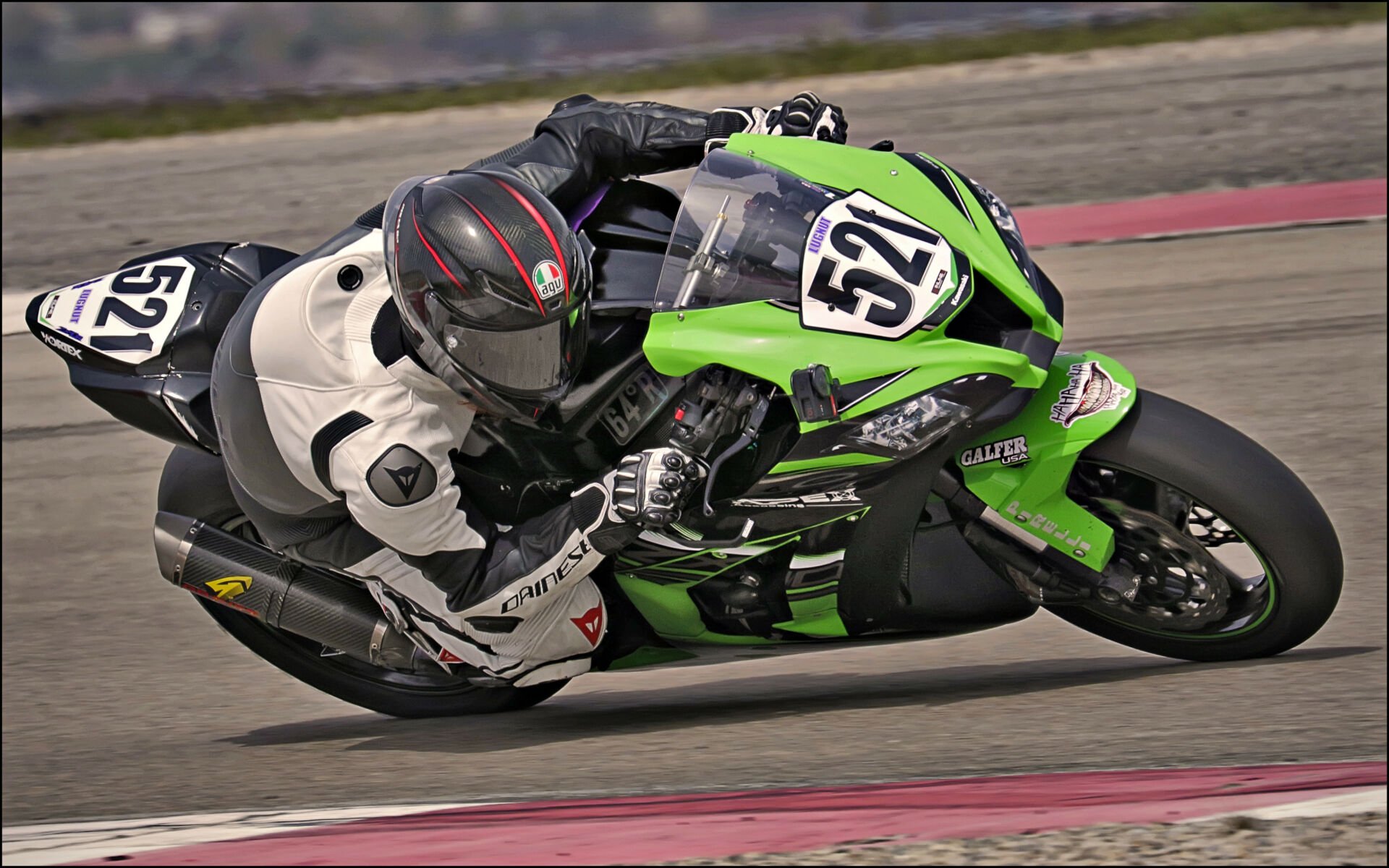 
Utah Motorsports Campus played host to Round One of the Utah Motorcycle Law Masters of the Mountains Race Series on Saturday, May 7th on the West track configuration. Race day featured full grids with a mixture of seven-lap sprint races and a premier 14-lap King of the Mountain race.

The race day kicked off with a cold and blustery King of the Mountain Qualifying. Most of the King of the Mountains competitors appeared to be staying warm, sitting out Q1 while preparing for Q2. In Q2, Genaro Lopez set the early fast lap of 1:32.819 on his very first lap with defending King of the Mountain champ Jerry Hicks second-fastest at 1:33.562 in the same session. The running order would not last for long though as California import Anthony Norton would lower the fast lap time to 1:32.035 on his fourth lap and qualify on pole followed by Lopez and Hicks

The action would really heat up in the day’s fourth race, Moto United Open Superstock. Hicks secured the holeshot and led the race into Turn One but would be overtaken in Turn Six by Anthony Norton, who would break away from the chase pack and go on to the victory essentially unchallenged. Behind Norton, Hicks in second would struggle to maintain the gap to Lopez in third, with Lopez gaining contact on lap six and passing Hicks for second in Turn Five, the running order now Norton, Lopez, Hicks. Hicks would make a heroic last-turn pass attempt but was unable to secure the drive needed to pass Lopez for second place by the finish line.

After lunch, racing resumed with the premier Moto United/Moto Station King of the Mountain Combined race. As the red light went out the chief protagonists from the earlier Open Superstock race surged off the line with Norton and Hicks side-by-side and Lopez tailing them after a wild wheelie. By the exit of Turn One, Hicks and Norton were still side-by-side and stayed right together with Norton leading for the next few laps. By lap three Norton started to pull away, piloting his Apex Assassins Kawasaki ZX-10R to a lap time of 1:30.681, leaving Hicks and Lopez adrift. Behind the leaders, the race for fourth place was led by Bill Davis in the early laps, but he was overtaken on lap two by Ryan Richardson. Richardson would be able to gap the chasing Davis for laps four and five but by lap six Davis would be tip-to-tail with Richardson. A crash on lap six forced a red flag and re-start with the new grid order of Norton, Hicks, Lopez. Hicks led the pack on the restart but crashed in Turn Two nearly simultaneously with two riders who were tangled up in a separate incident in Turn One, again bringing out the red flag. On the second restart, Anthony Norton reasserted his control for the remaining four laps on his ZX-10R to the finish for the win ahead of Lopez and David Meyer in second and third, with Ryan Richardson holding off a surging Bill Davis for fourth.

The afternoon continued with the Edge Powersports Desert Dash race. As the bikes roared off the line Dave Meyer rode a wheelie into Turn One securing the holeshot. Meyer continued to lead through lap two despite being chased by Steven Marco. Marco would eventually be pressured from behind by Josh Fisher, allowing Meyer to slip away to a commanding lead where he would win the race followed by Fisher and Marco in second and third, respectively.

In the Harrison Eurosports Formula 40 race Bill Davis got a great start and took an early lead but Dave Meyer would eventually catch and pass Davis on lap two. Meyer would continue to lead Davis until lap five where Davis would again retake the lead. Davis continued to push hard to build his gap by pushing hard through Turns Eight and Nine and would run wide through Turn 10 to start the last lap. In the end, no one would catch Davis as he secured a hard fought victory.

As the race track went quiet riders gathered in the UtahSBA’s post-race barbecue to celebrate and discuss the day’s challenges and victories. As racers turned to loading up their bikes the excitement shifted to Round Two scheduled to take place on Utah Motorsports Campus’ West configuration May 28th. We look forward to seeing you all then and would like to thank all of our volunteers, racers, and of course our generous sponsors.

The Utah Sport Bike Association is a Utah Non-Profit dedicated to promoting education, safe riding, and competition in the Intermountain West. You can find more information about the USBA, upcoming events, and schools at www.utahsba.com or find us on Facebook.