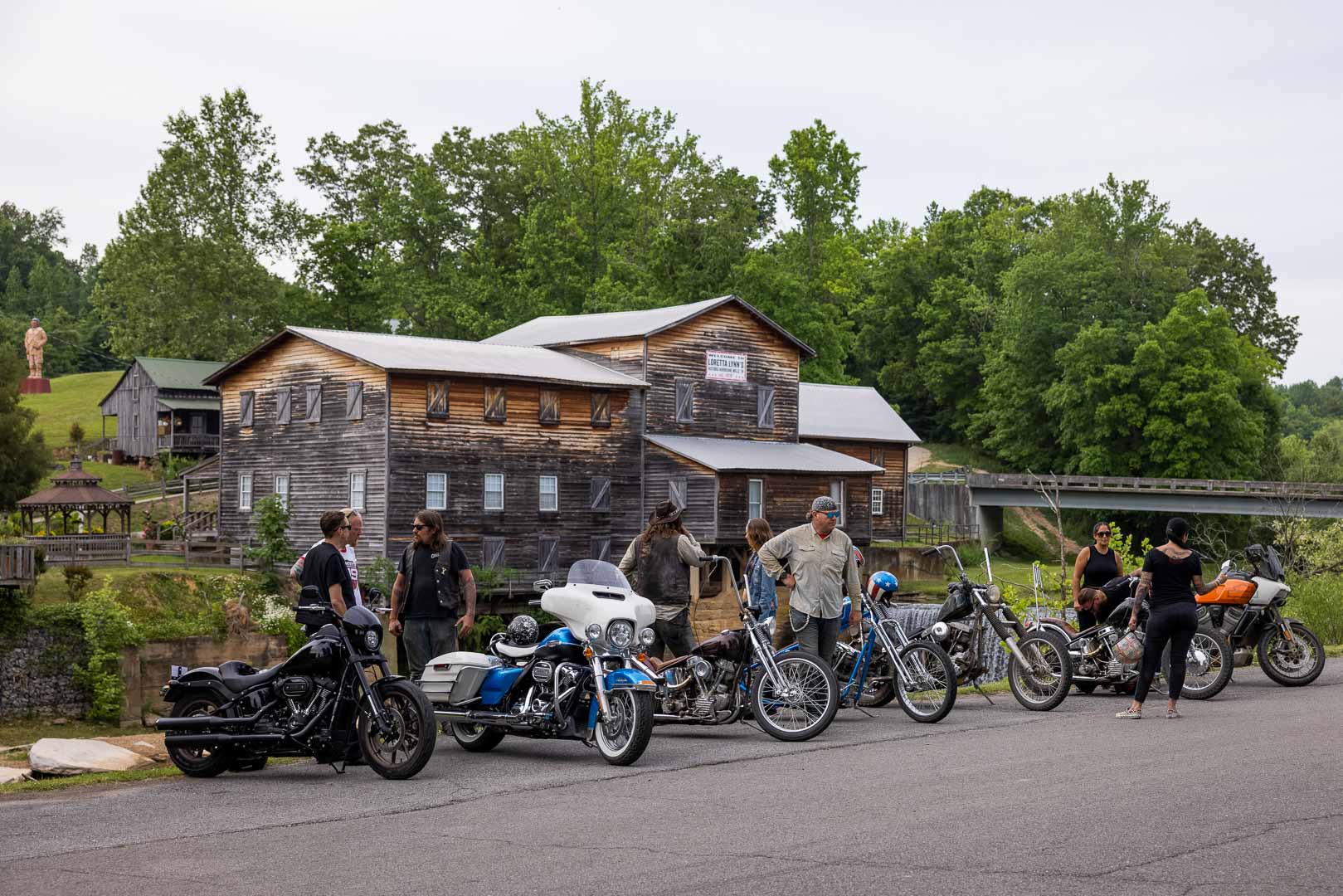 
The 2022 Tennessee Motorcycles and Music Revival (TMMR) returns to the legendary Loretta Lynn’s Ranch on May 19 through 22 for its fifth edition. Located on Tennessee Highway 13 in Hurricane Mills, about an hour west of Nashville, the event’s name comes to life with a mix of motorcycles and music, with an accent on local Nashville sounds.On the motorcycle end of things, Bill Dodge’s BC Moto Invitational is a big part of the event, with three dozen builders invited to display their latest custom creations. You’ll be able to check out the wide variety of motorcycles at a barn sitting next to Hurricane Creek, which runs through Loretta Lynn’s Ranch.

For those who prefer active motorcycle shows, there’s a freestyle moto trials show for the first time, along with a return of The Ives Brothers in the motordrome Wall of Death.Competition fans will want to participate in the Fist City Track Games, which feature field games. Trail riders can get an Enduro Off-Road Trail Pass for $30. Should you want more speed, there are Hillbilly Hooligan Races, with a Pit Pass running $15. Loretta Lynn’s Ranch is known globally to motorcyclists for hosting the annual AMA Amateur National Motocross Championship.

Harley-Davidson is offering demo rides, and the event is an Official H.O.G Pin Stop. As you’d expect, there are plenty of vendors and food options.The musical acts for 2022 TMMR haven’t been named yet, but rest assured, the lineup will have a country tinge. Nashville is known alternately as The Home of Country Music and Music City. Past artists have included Billy F. Gibbons and The BFG’s, Tim Montana, Rob Leines, Georgia Thunderbolts, and Sweet Tea Trio. Headliners play on the Roadhouse Stage at Honky Tonk Central, with local Nashville-based sounds wafting from The Speed Shack race track bar and The Waterin’ Hole at Hurricane Creek.

Loretta Lynn’s 400-acre property features cabins, 300 RV slots with power, camping for thousands, and showers. To fully immerse yourself at the Ranch, there are tours of Loretta’s Historic Home and the Coal Miner’s Daughter Museum, among other attractions.Single-day passes for the 2022 Tennessee Motorcycles and Music Revival start at $35, with 4-Day VIP Ultra passes going for $369. Those interested in glamping can get four-night packages for $889 (queen or twin beds in a fully furnished tent). Stagecoach Hill and Honky Tonk Central RV Camping is already on a waitlist, though other camping options are still bookable.Photography by Josh Kurpius and Sara Liberte

That is loopy! I rode from San Francisco to LA on electrical bike – Himiway Lengthy Vary Problem