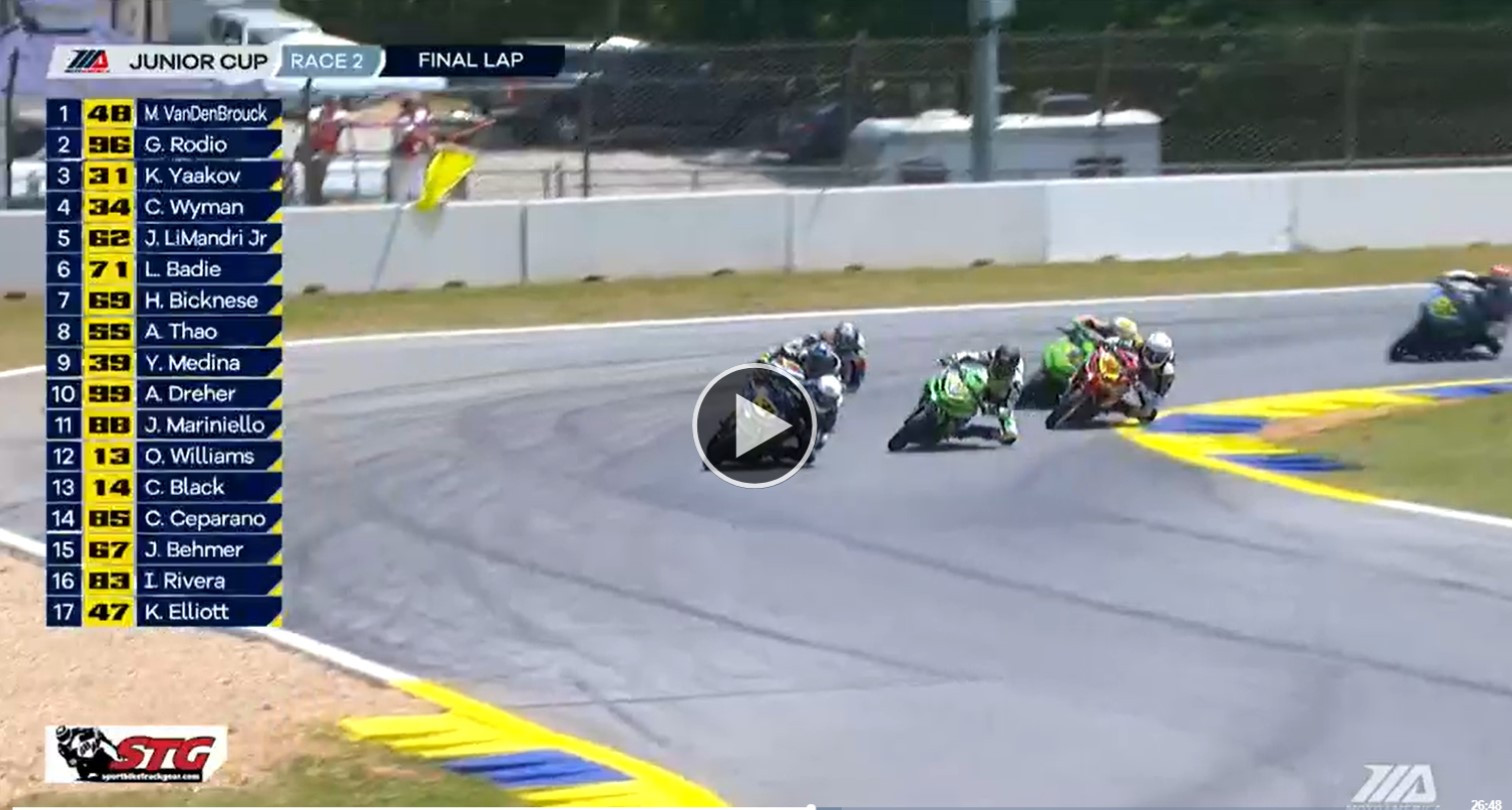 
During the recent discussion of the end of MotoAmerica SportbikeTrackGear.com Junior Cup Race Two at Road Atlanta, four riders were penalized for passing in a corner where a stationary yellow flag was displayed.

MotoAmerica, however, operates under rules and regulations written by the American Motorcyclist Association (AMA)/FIM North America and much of the MotoAmerica rule book was essentially cut and pasted from the FIM Superbike, Supersport & Supersport 300 World Championship rule book.

This was initially done at the beginning of MotoAmerica in 2015 to streamline technical rules in America with the World Championships to allow parts manufacturers to produce one set of parts that were legal for both racing series, reducing costs, and to prepare American racers by teaching them International racing procedures.

But in the case of yellow flags, MotoAmerica’s rules are not only different from what racers in America have been taught, they are also different than the current World Championship regulations.

The 2022 MotoAmerica AMA Road Racing Series/FIM North America Championship Regulations states in Section 1.16.2.a.2.: “A standing yellow flag at the flag marshal post indicates that there is a danger ahead beside the track. Riders must exercise caution (and) overtaking is forbidden up until the point where the green flag is waved.”

Section 1.16.2.a.3 then reads: “Waving yellow flag at the flag marshal post indicates that there is a hazard wholly or partly blocking the track, or other high-risk situation. Riders must slow down and be prepared to stop. Overtaking is forbidden from the first yellow flag up until the point where the green flag is waved. Any infringement of this rules during a practice session will result in the cancellation of the time of the lap during the infraction occurred.”

Further, in Section 1.22.2 (Grand Prix) and 1.23.2 (Superbike) labeled Flags Which Convey Information and Instructions – Yellow Flag, it reads, in part: “A single yellow flag waved at the flag marshal post indicates that there is a danger ahead beside the track.

“Two yellow flags waved together at the flag marshal post indicate that there is a hazard wholly or partly blocking the track.

“The waving of a single or a double yellow flag does not signify a degree of danger, but only the location of the incident.

“The riders must slow down and proceed with caution. During practice and warm up sessions, the lap time of riders passing a yellow flag(s) will be cancelled.

“During a race, overtaking is forbidden up until the point where the green flag is waved.

“An infringement of this rule will result in a penalty.” 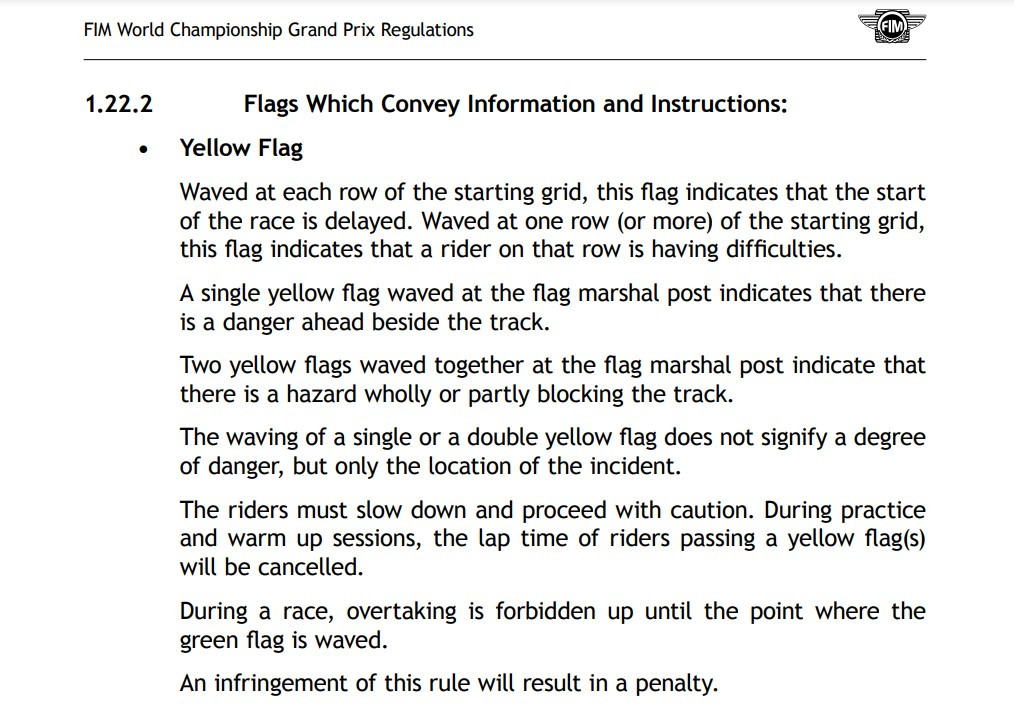 Dusty Smiles: On the bottom on the 2022 Malle Mile