Home MOTOCROSS MotoGP Analysis: How Kalex Took Over Moto2, In The March Issue –... 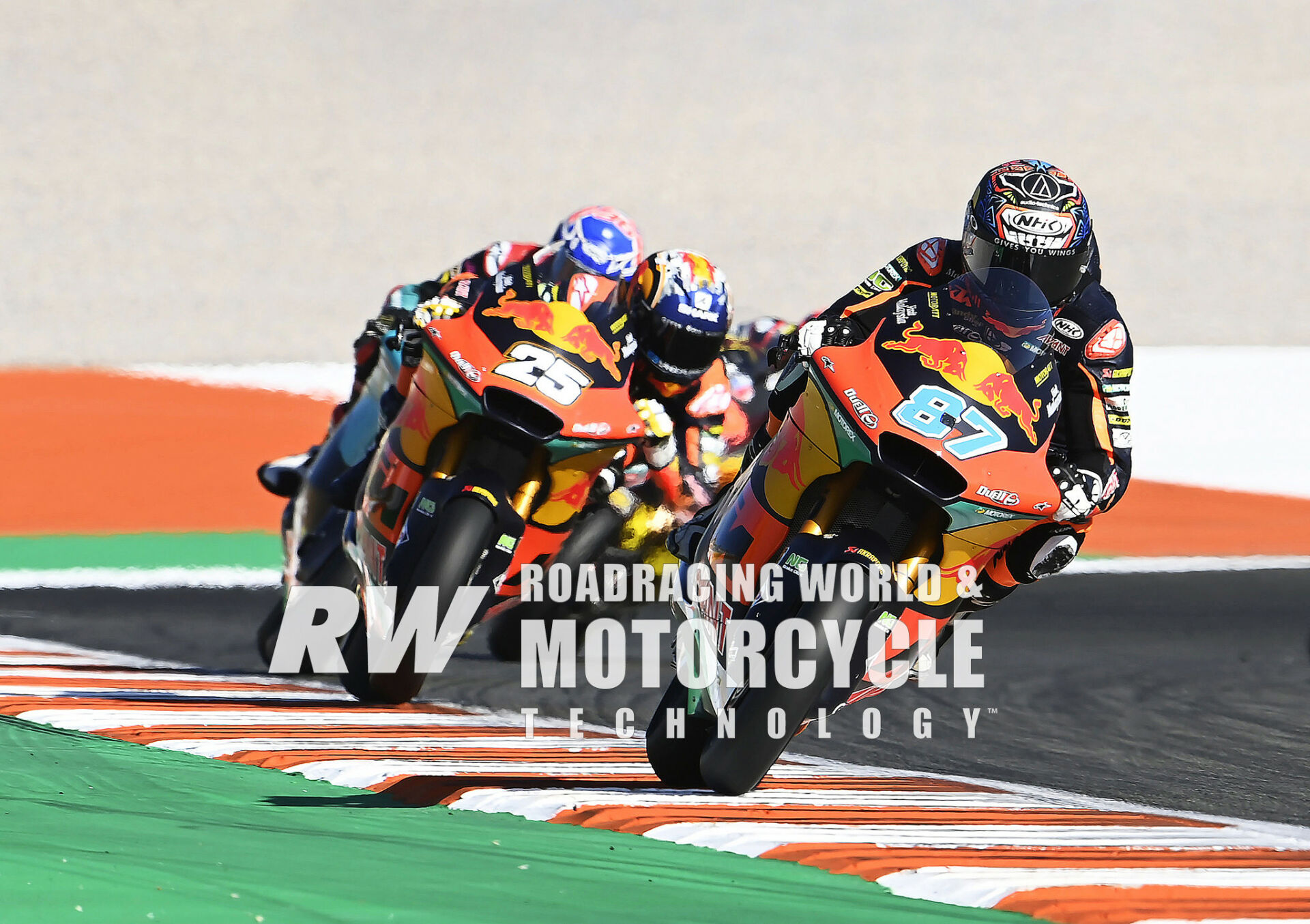 
Featured In the March 2022 issue of Roadracing World:

A decade and a half ago, Klaus Hirsekorn and Alex Baumgartel (K and Alex for Kalex) worked for Holzer Motorsport, which ran Opel’s DTM car-racing operation and still works in the sport, building prototypes for Porsche and other automobile brands.

But Hirsekorn and Baumgartel were motorcycle freaks at heart, so they started building bikes, just for track-day fun. Their first chassis—housing an Aprilia RSV Mille engine—worked so well they put Aussie racer Damian Cudlin on the bike. Straight away Cudlin started winning races.

“We thought, ‘Hmm, maybe this thing isn’t so bad,’ ” says Baumgartel, Kalex’s designer. “So we said, ‘OK, let’s quit our jobs and try to survive in the motorcycle world.’ We wanted to make track bikes.

“The first few years were difficult times, moneywise. We were designing, testing, riding, and racing, plus I was doing freelance car work, trying to get some money. Then in 2009 the Moto2 regulations popped up. We said, ‘OK, this is our chance. Let’s invest all we’ve got…’”

—MotoGP Analysis: How Kalex Took Over Moto2, by Mat Oxley

Over the past 10 years Kalex has won more Grand Prix races and World Championships than Ducati, Suzuki, and Yamaha combined. Kalex is the third most successful constructor in MotoGP’s intermediate class, with just Yamaha and Honda ahead. How did a tiny company reach such dizzy heights? MotoGP Editor Mat Oxley outlines Kalex’s road to success in the latest issue of Roadracing World!

Available at Cycle Gear and other motorcycle retailers.