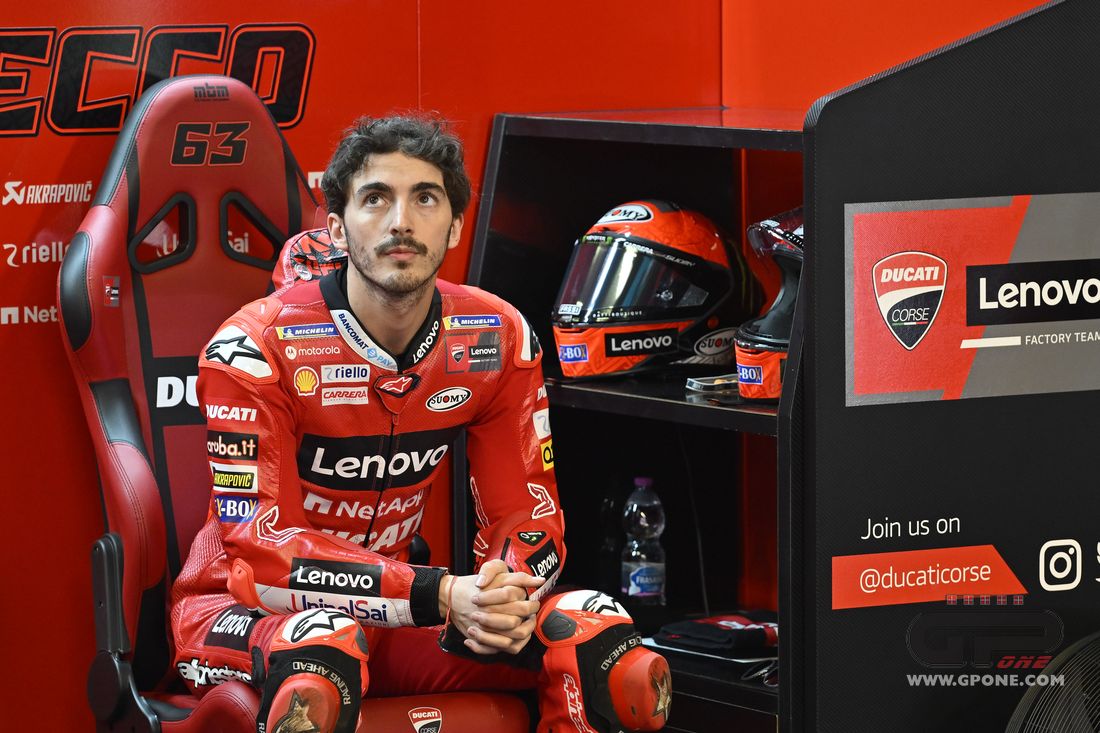 Riders are special people, but no one has ever seen someone crash, get up and pick up a ‘sample’ of gravel from the run-off area to take it back to the pits. In Portimao FP2 Pecco Bagnaia did exactly that and his gesture deserves an explanation, which he promptly gave.

“For the crash we had, the bike was too destroyed. The gravel is too big and it’s not smooth like the standard gravel we have to have in the track – he said – It’s something we have to speak about in the Safety Commission for our safety, for the safety of our bikes too. There are three tracks in the championship where the gravel is like this: Jerez, Mandalika and here. We were complaining already last year when Martin crashed here. Every crash at this track, when you arrive at the gravel you start to tumble a lot. This means you can get hurt by the gravel. So it’s not so safe. Jack said the same.”

In theory there should be a standard that all riders should adhere to.

“That’s how it should be – continued Pecco – The best gravel in the run-off area is at Misano: small, round, smooth pebbles. Here, however, it is not just a question of shape and size, they are also very compact. So, when you get on it you don’t sink, but you keep rolling “.

That crash was the only negative note of a positive day for Bagnaia, 9th in the combined standings.

“This afternoon I felt good, on the 2nd lap I had already set a time very close to my best in the morning. I felt too confident, I pushed a bit more and went down on the ground. I was riding the medium front tire for the first time and needed another lap to get to the right temperature. It was my mistake” he confessed.

For the rest, he found nothing negative.

“In FP2 it really rained a lot, but the Portimao asphalt has a lot of grip and drains a lot, in other circuits we would not have been able to do any laps – said the Ducati rider – My sensations were good, the ones I usually have in the wet. Indonesia was a special case, there was so much grip with the water that it put me in difficulty. Today, however, I was able to push hard, I had confidence in the front. I believe that the work done in the last two Grands Prix is ​​also benefiting us, we’ll see what happens but in the meantime we got off to a good start ”.

Pecco has already got an idea of ​​the form factor on track, at least in the wet.

“Already last year Marquez, on his return, did well here. I think the Ducatis and Hondas are the fastest bikes in the wet ”.