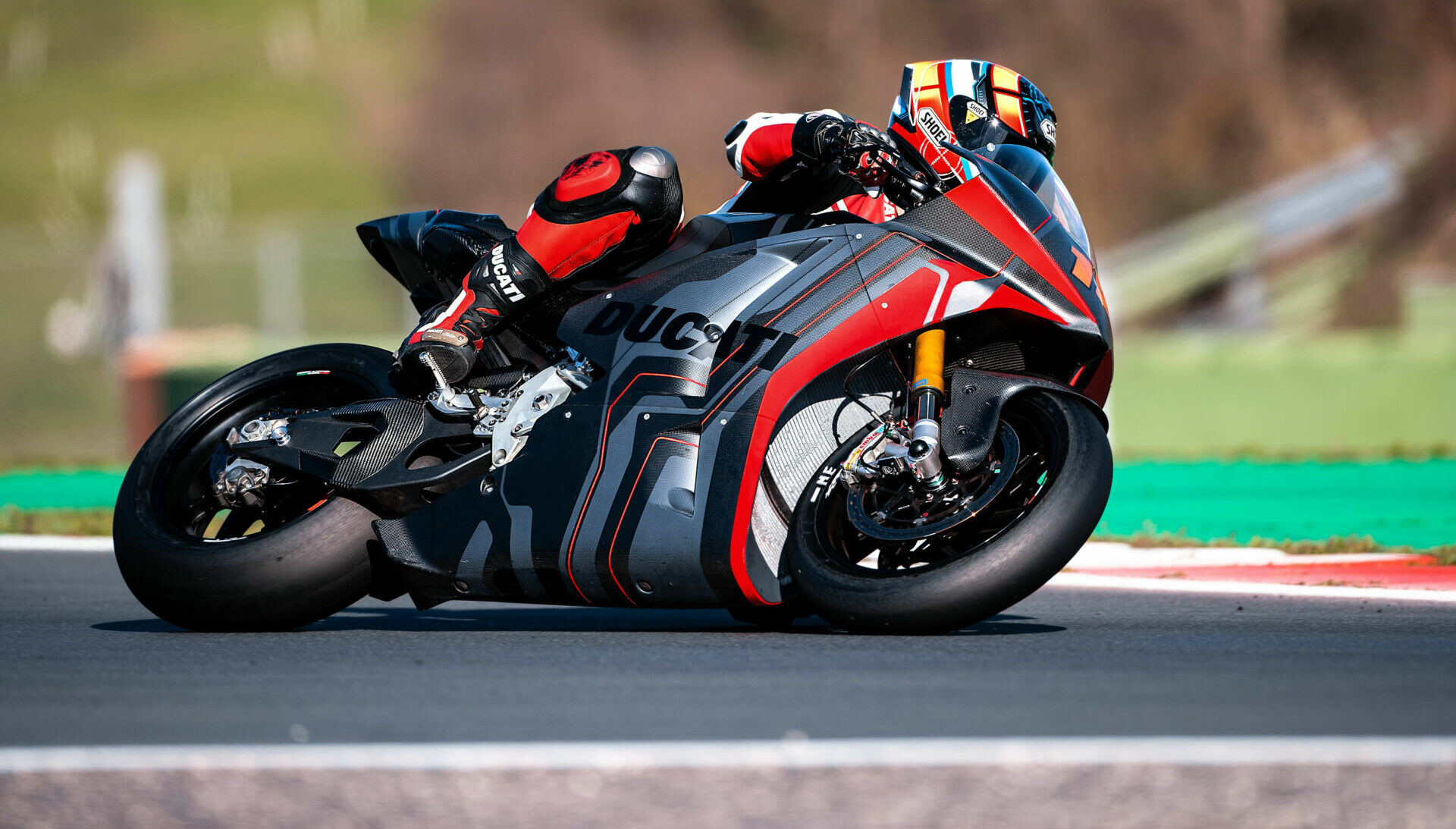 
Ducati MotoE: it’s time to see it in action!

Former world championship rider Alex De Angelis, riding the bike in the first dynamic video, joins the Ducati family with the role of test rider for the “V21L” prototype

Borgo Panigale (Bologna, Italy), 15 April 2022 – A video showing the first images of the Ducati MotoE prototype in action is online on the YouTube channel and on Ducati’s social media profiles.

Since the first track test, carried out at the Misano World Circuit in December 2021, the development of Ducati’s first-ever electric bike has proceeded relentlessly through analysis of the collected data, technical developments and numerous tests carried out internally and at major motorcycle circuits.

Roberto Canè, Ducati eMobility Director: “Ever since we took the Ducati MotoE prototype to the track for the first time, development work on the project has never stopped, not even for a moment. The hard work of the whole team is paying off for the efforts made through continuous progress, which is giving us great satisfaction. In just four months, our prototype has already tackled the curves of some of the main Italian circuits, providing positive responses. There is still a lot of work to do, but the direction is certainly the right one”.

In the dynamic video, shot on the Vallelunga track, the Ducati MotoE bike is in the hands of former world championship rider Alex De Angelis, who took part in the 2019 edition of the FIM Enel MotoE™ World Cup and who is very familiar with this world. De Angelis has officially joined the development team, which among its test riders can also count on the experienced Michele Pirro, the first man to ride the prototype.

The path that will take the Bologna-based motorcycle manufacturer to the role of sole supplier of motorcycles for the FIM Enel MotoE™ World Cup (the electric class of the MotoGP™ World Championship) starting from the 2023 season, is proceeding with great enthusiasm both on the track and in Borgo Panigale, thanks to the teamwork that is involving numerous company areas.

The “V21L” prototype comes about from the close collaboration and constant exchange of know-how between Ducati Corse and product R&D to create a motorcycle that is both highly performing and with a lightweight benchmark target for an electric motorcycle.

The MotoE project is undoubtedly an important step in the history of the company as it represents the start of the Ducati electric era . Over the next few months, the Borgo Panigale manufacturer will share further information on the technical evolution of the bike and on the subsequent steps concerning this fascinating and ambitious project.