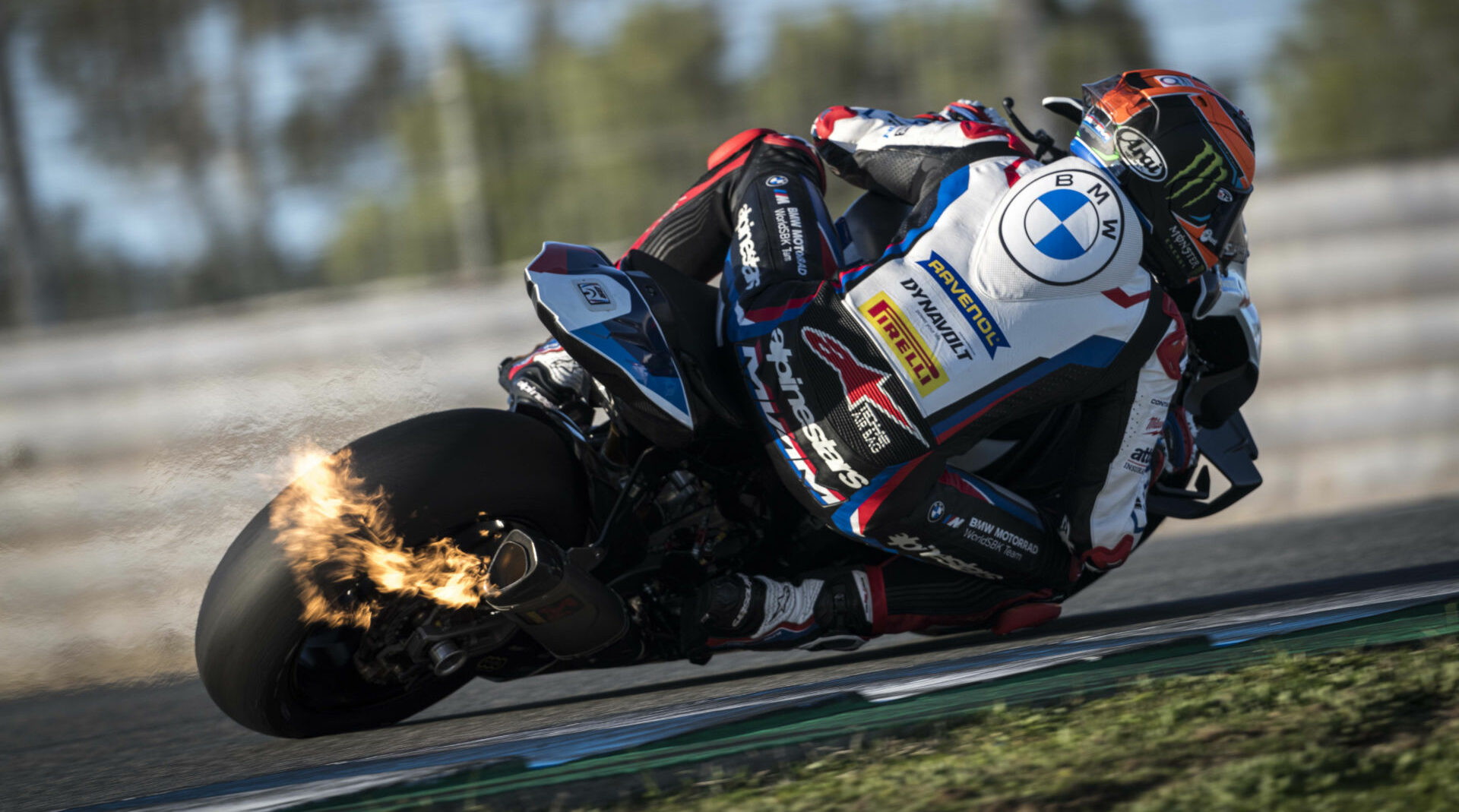 Munich. BMW Motorrad Motorsport is entering the crucial phase of preparations for the 2022 season of the FIM Superbike World Championship (WorldSBK). Over the coming weeks, the two BMW teams, BMW Motorrad WorldSBK Team and Bonovo action BMW Racing Team, will take part in three consecutive tests. The teams will be testing in Misano (ITA) on 16th and 17th March, in Barcelona (ESP) on 25th and 26th March and at MotorLand Aragón (ESP) on 4th and 5th April.

After a test before the winter break, the BMW M 1000 RR has been undergoing permanent optimisations, so the BMW works riders and the BMW teams will have plenty of new material and tuning to test. Scott Redding (GBR), Eugene Laverty (IRL) and Loris Baz (FRA) will be taking part in the test in Misano this week.

Michael van der Mark (NED) will miss Misano due to injury. He fractured his leg last Sunday when he fell during mountain bike training.

“The treatment progress over the next few days will show when Michael will be able to get back on the motorbike,” said BMW Motorrad Motorsport Director Marc Bongers. “We are in close contact with Michael and wish him a speedy recovery.”

MotorLand Aragón will host the season opener of the WorldSBK 2022 from 8th to 10th April.

Video: Behind The Scenes At The Pirelli Diablo IV Corsa Launch In Italy, P2