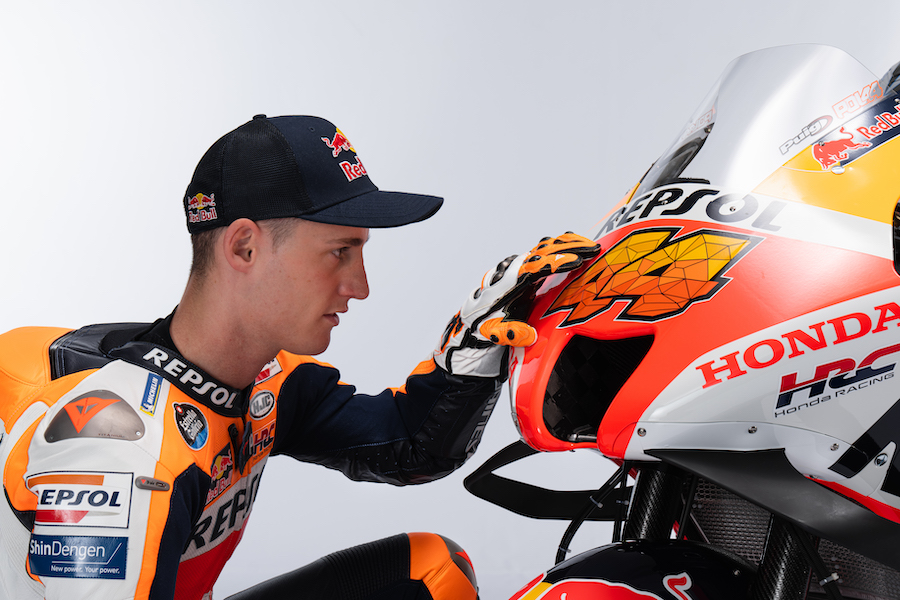 Honda has finally unveiled the new RC213V, the bike with which Marc Marquez (INTERVIEW HERE) will try his assault on the world championship after two very complicated seasons. The champion from Cervera, however, is not the only rider of the Japanese manufacturer in MotoGP, given that on the other side of the garage is Pol Espargarò, who has a very specific goal for 2022.

“The man to beat is my teammate – said Pol directly from Indonesia – This is something that all the riders will say but it is real and I am in a difficult situation because my teammate is one of the greatest riders in the history of MotoGP. It means that my job will be more complicated than that of the other riders, but this will also give me more motivation. I’ll try to do it “.

But is it possible to beat a ‘beast’ like Marc?

“I’ll have to be able to do it, it’s a must. We all know it’s not easy to fight with Marc on any bike, but with the same weapons we have seen in recent years that he is much faster than his teammates and this is a great challenge. That’s why I wanted to come to Honda, because I wanted to face this challenge and that’s why I will fight this year “.

How much pressure does it put on you to have Marc on the other side of the garage? Or, on the contrary, does it help?

“It’s obvious that the first person to suffer from Marc’s absence last year was me. I was missing the experience he could bring to the team, I was the fastest of the Hondas at times, and being a rookie on the bike this didn’t help me at all. So having Marc here, with his ten-year experience on Honda, is really important, he knows the limits of this bike and for me it’s important to know that you can always go a little over your limit”.

Have the team and management set goals for you for the season? Do you feel ready?

“Alberto Puig was very clear. Honda hired me to fight for the podium and for the world championship. Last year I was not ready, the circumstances were not perfect but now it is very different, I am approaching this season with more experience which in the end is one of the most important things in MotoGP. This year we only have five days of testing and already knowing what the team is like, how the bike is, is already something very important. I will try to be ready in Qatar”.

Two of these five days have already taken place in Sepang. Have you already seen how things are ​​on the track?

“Ducati is very strong, all the Ducatis are. We saw Pecco suffer a bit in Malaysia but he still set some good times and they still have to work with the new bike, which takes time. It’s still a bit early to sum up and I saw some riders in good shape, Aprilia and Suzuki also seemed very fast to me. “

“The new Honda is fast and safer”

Does the new bike have the features a rider like you needs?

“For sure it can help me. I was looking for more certainty on the rear and certainly Honda brought more grip. With little grip I suffered a lot last year and the other riders did too. We crashed many times due to the too low temperatures of the rear tyre, which means a very low level of grip but this year it seems to be going better. We have to be fast but safety is also important and the changes can help me”.

You trained a lot during the winter, riding MX, Flat Track and at many circuits. How do you feel physically?

“Well, every winter I try to do something different, to face the season differently. In addition to the hard physical training, I have added some motocross training, some Flat Track and certainly some laps on the CBRI at Jerez and Portimao”.

In 2021 you managed to make big strides forwards at the end of the season. What helped you recover?

“It was a shame that everything came so late. At the end of the year I started feeling much better, much faster, it was a shame to finish like we did in Valencia where I was one of the first in all the sessions. That race could have been the best one of the season, I was really flying. I think the Misano test was very important for my growth, there I found something that really helped me a lot “.

What can you give Honda this year?

“Let’s hope a lot of wins, a lot of podiums, a lot of pole positions, great battles – hopefully with my teammate whom I’m pretty sure will be on top. It’s my goal since joining Honda, I don’t want to be in the top five, I want to win races and try to win the world championship. That’s why I wake up every morning and train like I do, that’s the only thing I think about every day. I’m ready to do it. “