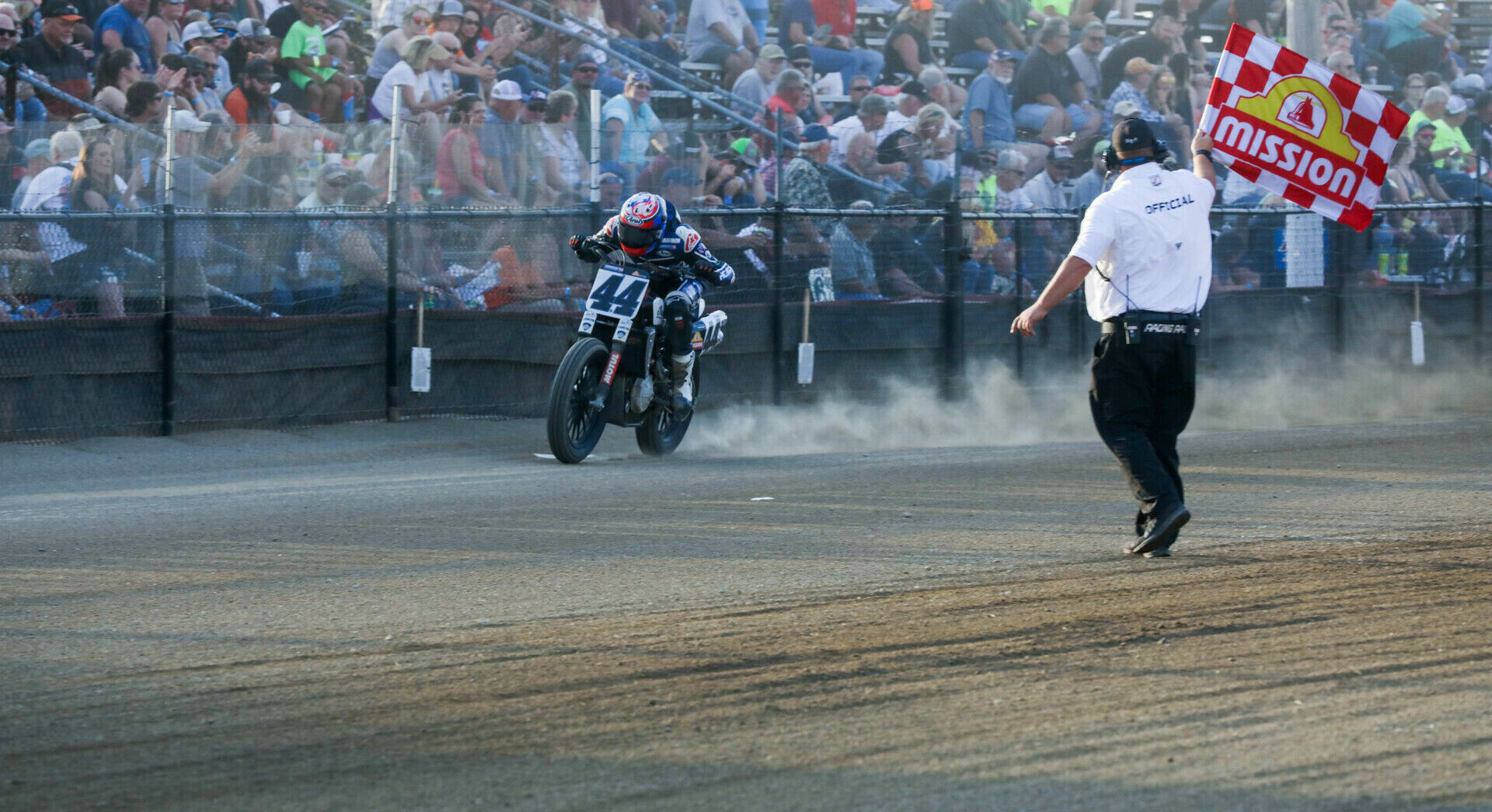 DAYTONA BEACH, Fla. (February 28, 2022) – Progressive American Flat Track is excited to announce the all-star broadcast team that will call the live action and tell the story of the 2022 season for both its FOX Sports television broadcasts and Facebook livestreams.

Veteran sportscaster Ralph Sheheen will join the “Voice of American Flat Track” Scottie Deubler in the booth to provide in-depth coverage of the races while Kristen Beat will provide key insights from the pits.

Sheheen is one of the most recognized voices in motorsports with more than three decades of nationally televised broadcasting experience. The California native brings a wealth of enthusiasm, knowledge, and experience, having covered a number of the biggest motorsports championships on both two and four wheels and across almost every major network that airs racing.

Deubler is deservedly known as the “Voice of Progressive American Flat Track,” and 2022 will mark the Oklahoman’s 14th consecutive season in the booth for Progressive AFT. A certified subject matter expert, Deubler is a third-generation professional flat track racer who is as well versed in the sport and its personalities as anyone in the world.

Beat will once again bring the inside story of what’s happening behind the scenes to Progressive AFT fans for the fourth consecutive season. A lifelong motorcycle enthusiast, Beat grew up surrounded by motorsports and motorcycles, bringing that passion to the track each weekend as she shines a light on the human drama that unfolds at every Progressive AFT event.

Riki Rachtman – master of mayhem in both the motorsports and music worlds – will return for a third consecutive season to provide additional color from the pits at select rounds.

FOX Sports’ coverage will include green-light-to-checkered-flag Main Event action, exclusive news and features, and cutting-edge aerial drone and onboard footage in order to effectively translate the excitement of Progressive AFT to fans at home like never before.

Meanwhile, the livestream on Facebook will serve as a remote paddock, allowing fans to watch the action from start to finish as it occurs. The livestream will be free up until Opening Ceremonies. Fans can then purchase access to watch Opening Ceremonies, Semis, Main Events and podium celebrations via Facebook Paid Online Events for $3.99 if purchased 24 hours or more in advance, or $4.99 if purchased on the day of the event.

Progressive AFT will kick off the 2022 season with a Daytona Bike Week doubleheader on Thursday, March 10 and Friday, March 11 at Volusia Speedway Park. Secure your tickets to the season opener now at https://store.americanflattrack.com/ebooking/ticket/view/id/3666.

The Mission Volusia Half-Mile I & II will premiere back-to-back on FS1 on Sunday, March 20, starting at 11:00 a.m. ET/8:00 a.m. PT. Both broadcasts will feature exclusive features and cutting-edge aerial drone and onboard footage.

SBK, Irwin/Honda show in BSB: 3 out of 3 at Silverstone, Ducati Missing in...