Home MOTO GP MotoGP, Vinales admits adapting to the Aprilia is like relearning how to... 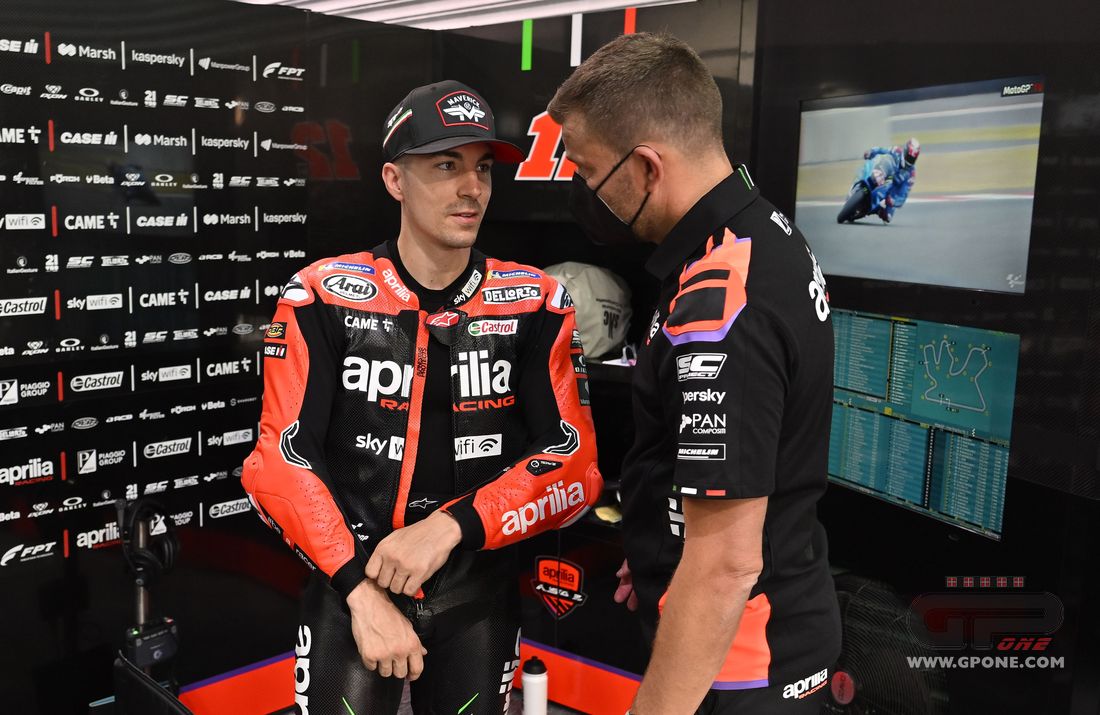 “It’s like having to relearn to walk again” was how Maverick Vinales described his difficulties in adapting to the Aprilia. After doing five races on the RS-GP last year and the winter tests, it was legitimate to expect a different start for 2022 from the Spaniard, but there is still a long way to go. It was not so much the 12th place in Qatar that is worrying, as much as the 20 second gap to his team mate Aleix Espargarò (4th at the finish line).

“For the moment it is important not to have goals, especially in terms of results – explained Maverick on the eve of the Mandalika GP – My adaptation to the Aprilia is complicated, especially when I arrive at a circuit where I have never ridden before, I find it difficult to push in the right way ”.

Vinales knows that it’s he himself who has to make the commitment.

“I’m working hard – he assured – The bike is working well. Aleix, who is my benchmark, is demonstrating that. I still need time, in Qatar it was also tough because expectations were high. I have to make sure that everything becomes automatic when riding, in the last GP I understood what to do and I know that in MotoGP everything can change from one race to another. I am sure that here in Indonesia it will be better ”.

The Spaniard also dismissed the accusations of those who point to him as being mentally weak.

“I have a fantastic life, I could not imagine a better one – he replied – Sometimes you expect to be in a better position and the results don’t come, we are not robots but that does not mean that I am mentally weak. I know what my problems are and where I need to improve, so I work with a psychologist like I do with a trainer, with my mechanics, it’s part of the game. Sometimes it is difficult to manage the pressure, everyone expects you to win, on the one hand it’s nice to feel this confidence from people, on the other hand when you can’t, it’s difficult. Pressure, however, also allows you to make progress and I am on the way to being a better Maverick even though it is not easy ”.

Could Mandalika be a step in that direction?

“The tests went well, but I still have to adapt to the bike and in a 40-minute session it’s difficult. I have to relearn how to walk “.

CFMoto bringing its motorcycle line back to Canada

Electrical All the pieces: Triumph Te-1 ‘Will By no means Go Into Manufacturing’

MotoGP, Suppo like Steve McQueen: “Life is racing and I missed the MotoGP environment”

Three in a single: A BMW R100R bobber with an adaptable tail